Modi's wave behind UP win, will go beyond 2019 LS polls: BJP

On the next CM in the state, the party said the decision will be taken by BJP parliamentary board and the legislature party in state soon. 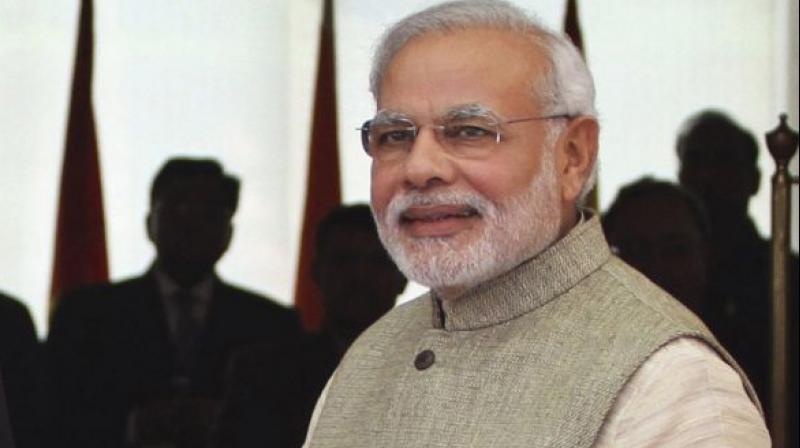 On the next chief minister of the state, they said the decision will be taken by the BJP parliamentary board and the legislature party in the state soon.

The results of the elections, which were fought under party chief Amit Shah, show that the BJP has been able to dispel the perception of being a party of upper castes only as now it commands the support of all sections of the society, including Dalits, they said.

"It is a Modi wave. The wave which started with 2014 Lok Sabha elections is continuing in 2017 and the momentum will go beyond the 2019 general elections," BJP Uttar Pradesh chief Keshav Prasad Maurya said.

"The credit goes to Prime Minister Modi, his government's pro-poor policies and party chief Amit Shah's strategy. People have fought the elections on our behalf in Uttar Pradesh and Uttarakhand and results have vindicated their faith in us," party general secretary Kailash Vijaywargia said.

Another BJP general secretary O P Mathur, who is in-charge of party affairs in Uttar Pradesh, said the state has become "Modi-fied" and so has the country.

"The poor have given a decisive verdict that Modi is our leader and is working for our welfare...women, youth and even minorities have voted for us," he said.

The Minister in the Prime Minister's Office said the party's showing underscored the country is heading towards "true democracy".

"The most important contribution of Modi phenomenon is that it has enabled voters to cast votes for development, going beyond castes, creeds, religions. It has helped them get rid of feudal mindset," Singh said.

Another Union minister Sanjiv Balyan said there was a division on communal lines in UP. "The election was fought on issues such as law and order, development. The new generation understood the importance of bringing in the BJP," he said.

BJP MP from Gorakhpur Adityanath said the SP-Congress alliance and the BSP have been totally rejected by the people in UP. People want development without bias. They want security which the BJP can only provide," he said