Irom Sharmila loses in Manipur: Self sacrifice doesn't get votes

The 44-year-old rights activist, who contested against CM Ibobi Singh from Thoubal constituency, could manage to secure only 90 votes. 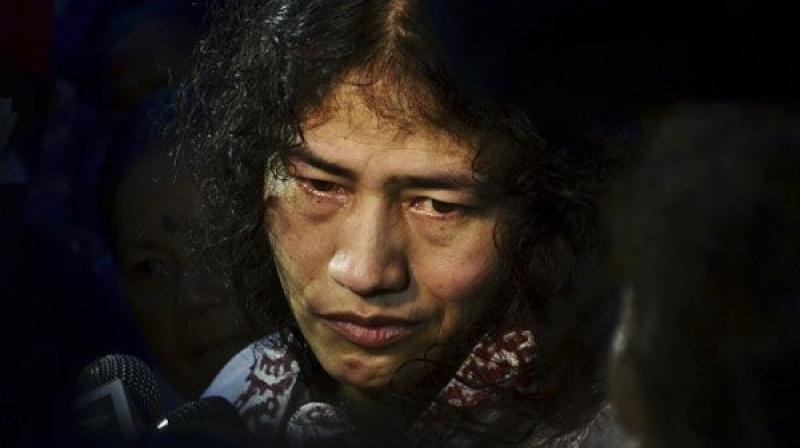 The 44-year-old rights activist had contested the Assembly polls from Thoubal Assembly against three-time Congress veteran and Chief Minister Okram Ibobi Singh. She could, however, manage to secure only 90 votes.

After her defeat on Saturday, Sharmila declared that she would quit politics and said, “politics did not support me”, according to reports.

When Sharmila, in 2000, took a vow “not to eat, drink, comb her air or look in the mirror” till her objective was met, she drew worldwide attention to the Armed Forces’ alleged excesses while dealing with insurgencies. She was hailed not only in Manipur but across the country.

However, the public and civil society groups abandoned her when she put an end to the hunger strike 16 years later, on August 9 last year, and declared her decision to join politics to continue her war against the unpopular law that the Centre endorses as a means of fighting those who take up arms against the state.

From her family to close friends and even neighbours, Sharmila faced protests by locals and also reported threats by some militant groups. She had, however, remained unaffected by the people’s response and was firm on her decision to enter politics. She went on to launch her party – Peoples' Resurgence and Justice Alliance (PRJA) on October 18.

Manipur's 'Iron Lady' had been campaigning doggedly for scrapping AFSPA that was clamped in the northeastern state after 10 civilians were killed by security forces in 2000.

However, her firm stance was not enough for her to find a successful path to politics. After facing rejection from the public, she was faced with another hurdle – monetary support to contest the elections.

Ahead of the elections, Sharmila had also revealed that the BJP had offered her Rs 36 crore to contest the elections on the saffron party's ticket after she ended her fast, a claim denied by the party.

In order to meet the party’s monetary requirements, PRJA took to crowdfunding online to raise funds. As of February second week, her party had raised Rs 4.5 lakh through crowdfunding. The party also opted for door-to-door campaigning to save money. Sharmila and her party candidates cycled through the streets of the three constituencies they were contesting elections from and met people.

Despite ensuring transparency in the election campaigning and sacrificing a major part of her life for a social cause, people of her state did not come out in her support.

This has proved that self-sacrifice is not enough to win elections. Mass movements and an organisation with massive power plays a pivotal role in capturing power.