Boys barred from exam over Rs 500

They could not pay Rs 500 charged by the school authorities unlawfully from students. 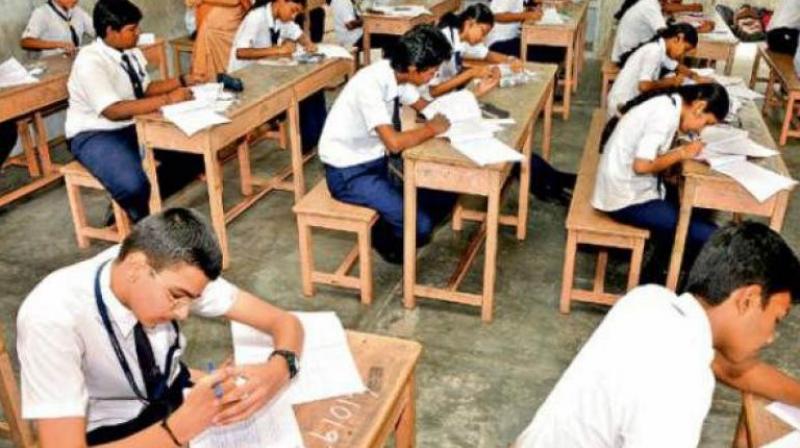 As they were denied the opportunity to sit in the career-shaping exam, they left for Mumbai to work there as migrant workers. (Representational image)

Bhubaneswar: A 15-year-old poor boy, who lost his father at an early age, along with his two classmates, has left for Mumbai to work as migrant labourers after their school authorities denied them admit cards to appear for Class 10 exam. They could not pay Rs 500 charged by the school authorities unlawfully from students.

Reports from Odisha’s tribal dominated and poverty-stricken Kalahandi said on Friday that at least 28 students of Pokharibandha Government High School had filled their forms to appear for the Class 10 exam this year. Their admit cards had reached the school before time, said sources. However, the school authorities unlawfully charged each student Rs 500 for issue of admit card. While 25 students paid the charged amount, three students — Dipak Behera, Ramachandra Majhi and Sambhu Majhi, all belonging to poor families — could not pay the money. As they were denied the opportunity to sit in the career-shaping exam, they left for Mumbai to work there as migrant workers on Monday. “After my husband died, I tried to raise my son with all care. Whatever money I got by selling firewood and other forest produces, I spent on his education. However, I could not pay Rs 500 for his admit card,” said Dipak’s widowed mother Puspa Behera, sobbing intermittently.

Rinja Majhi, father of Ramachandra Majhi, was in tears as he narrated his son’s agony for not being able to sit in the exam. “My son had loads of dreams. He kept me promising to become an officer and lift the family’s economic conditions. But all that stands shattered,” he said.

After the matter came to light on Friday, state school and mass education minister Debi Prasad Mishra ordered a probe into the case. “I have ordered for a thorough probe. If the school authorities are found to have denied admit cards to them for non-payment of money, we’ll take a strong action,” he said.