Majority of the victims were from suburban Mulund in Mumbai and were proceeding to Akkalkot temple in Solapur. 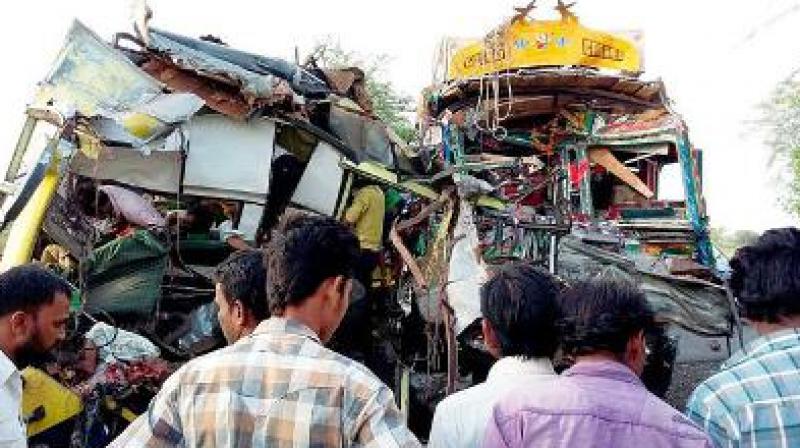 Pune: Eleven people were on Saturday killed after a bus carrying pilgrims rammed into a truck on the Pune-Solapur highway, police said.

The incident took place near Koregaon village on the highway when the victims were on their way to a temple in Solapur district of Maharashtra, they said.

Ten pilgrims and the bus driver were killed in the mishap.

According to police, majority of the victims were from suburban Mulund in Mumbai and were proceeding to Akkalkot temple in Solapur when the mishap took place.

"The driver of the bus, in a bid to save a pig, which was crossing the road, lost control over the vehicle. As a result, the bus jumped into the opposite lane and rammed into a truck, which was coming from Solapur," said a police officer from Pune District police.