India   All India  11 Feb 2020  Exploitation of women is a reality even in 21st century
India, All India

Exploitation of women is a reality even in 21st century

The state of Uttarakhand is also called Dev Bhoomi — it also needs a lot of improvement in terms of the status of women. 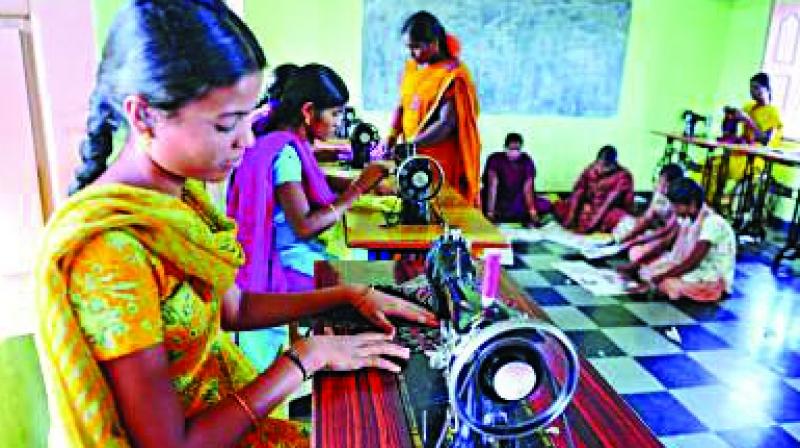 In the last week of the year 2019, the Niti Aayog released the Sustainable Development Report 2019, where the status of states has improved in other subjects, but the status of women still remains the same and is serious.

Even in the 21st century, the position of women is the same as it was in ancient times. Today, even though women are occupying the highest positions in the country, flying fighter planes and commercial aircraft, leading Army battalions at Rajpath during the Republic Day parade to serving as officers in important government departments of the country, despite this, discrimination against them still continues. This situation is even more tragic in rural areas. Even today, the condition of women in most rural areas of the country is pathetic. Not even a single state of our country is there that can claim to be untouched by atrocities against women. In most of the houses, women get up and from four o’clock in the morning, work till late in the night to fulfil the responsibility of the house with full devotion, but despite this, they are not given due credits. Sometimes, they have to undergo physical and mental torture as well.

In the last week of the year 2019, the Niti Aayog released the Sustainable Development Report 2019, where the status of states has improved in other subjects, but the status of women still remains the same and is serious. In terms of basic facilities, almost all the states have improved their position and got more than 50 points. But in gender equality, along with malnutrition — only four states across the country have scored 50 or above.

According to the report, the state of women in the Union territories of Jammu and Kashmir and Ladakh is the best; they got 53 points out of 100, while Himachal Pradesh has got 52 and Kerala 51 points. The situation of Telangana and the country’s capital New Delhi are the worst. Telangana got only 26 points out of 100 in gender equality and New Delhi got 27 points. This situation reflects the increasing crimes against women in the country. States that have scored 50 or more than 50 points indicate that even there, only 50 per cent of work has been completed to improve the status of women. This is the biggest challenge, i.e. to reach 100 per cent. In the year 2020, the biggest responsibility of all the state governments and the Centre will be to liberate the country from malnutrition and make the lives of women safe.

Today, we may be seeing the dream of settling on Mars, but the reality is that even today half of the population of this country suffers from violence in some form or the other. Be its rural areas or urban, women from elite families or normal families, women are suffering from violence in one way or the other. Even if a boy is not born, even then the woman is responsible for it, while everyone knows its scientific reasons. Exploitation does not stop here; they are also discriminated in many other ways. Neither she is given the right to decide on the matter of her own family member’s marriage, nor does she have the right to choose the spouse of her choice. Even in property, land, etc, efforts are made to deprive women of ownership.

However, many rules and laws have been enacted by the government to improve the status of women. But sometimes such rules and laws are limited to books. For example, if we see the position of women in the Panchayat itself, reservations are given to women. By winning elections, women become pradhans. But in a patriarchal environment, it is reduced to just a name. All decisions shown as having been taken by the pradhan are actually taken by the pradhan’s husbands, or pradhan pati, as they are popularly called. Women are also deprived of their decision-making rights.

The state of Uttarakhand is also called Dev Bhoomi — it also needs a lot of improvement in terms of the status of women. In the Niti Aayog report, the state of Uttarakhand is ranked 15th in the field of gender equality. Cases of domestic violence in the rural areas of the state are higher than in urban areas. However, the condition of women has improved slightly over time. On the one hand, while there is awareness among them, on the other hand, there is a change in the thinking of society towards women. Today, women are getting educated and aware of their rights and duties and only their social and economic progress is needed. In most of the areas, women have crossed the four walls of the house to work. Along with household work, she is also engaged in a job and is performing her work with honesty and integrity in both places. There is only a need to encourage them to increase their self-confidence.

There is a need to stop sexual violence against them. We have to build a society where women can feel safe. To tighten those who torture them physically or mentally under the law. We need to build a safe and confident society for them. The laws made to prevent violence against women in this country are very strict. But the process of their execution is very poor, by which many times we see culprits take advantage of this slow process. The developed India of the 21st century is not possible until we do not control any kind of violence against women.