Central Hall to be off limits for press?

High-level LS panel discussing whether passes should still be handed out to mediapersons. 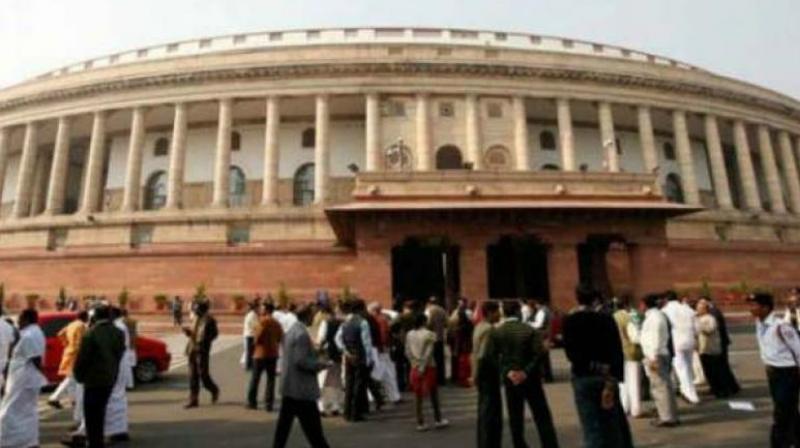 According to sources, two senior lawmakers are learnt to have opposed the proposal during the deliberations.

New Delhi: In a decision which, if implemented, could restrict the entry of mediapersons to the Central Hall of Parliament, a high-level Lok Sabha panel is learnt to have discussed the issue of whether the practice of giving passes to journalists to enter the hall should be discontinued.

According to sources, two senior lawmakers are learnt to have opposed the proposal during the deliberations.

The matter is said to have come under discussion during the interaction of the Common Procedures Meeting of the Lok Sabha, which was held in the Parliament complex on Monday.

During the meeting, which was attended by chairpersons of all the Lok Sabha committees and convened by the Speaker, the issue of mediapersons’ access to the Central Hall of Parliament came up, sources privy to developments, said.

A majority of the MPs, mainly belonging to the NDA, are learnt to have called for preventing entry of mediapersons in the hallowed hall, where the first Prime Minister of India Jawaharlal Nehru had delivered his iconic ‘Tryst With Destiny’ speech on the midnight of August 15, 1947.

However, at least two senior MPs belonging to the Opposition are said to have opposed the proposal, and suggested that it should be first discussed with media organisations.

The Central Hall pass is given to journalists after they have completed 10 years of Parliamentary coverage on a permanent pass (commonly known as RF-Tag as it has an electronic chip containing the details of the cardholder).

Otherwise, the Central Hall is used for President’s address to a joint session of Parliament at the commencement of the Budget session every year. Also several functions of the government and various Parliamentary bodies, are held there throughout the year.

Journalists covet entry to the Central Hall, as they get a close access to a large number of lawmakers under one roof.

Sources further said that the meeting also discussed the proposal of setting up of an exclusive canteen for MPs.