Prime Minister Narendra Modi on Monday praised the efforts of an NGO towards eradicating hunger from the country. 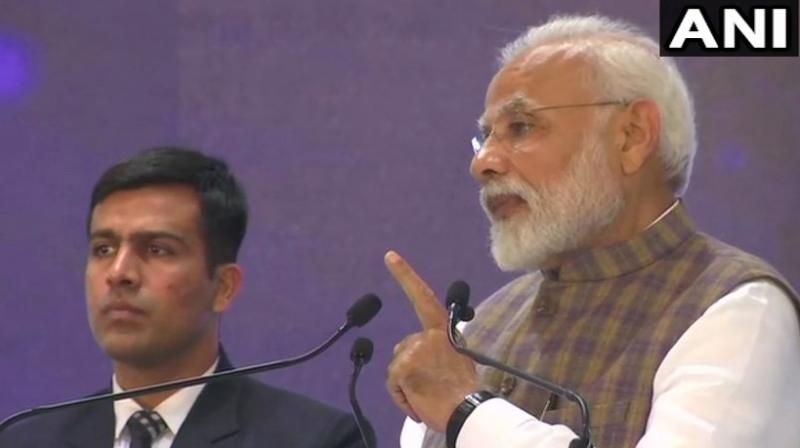 The prime minister will also unveil a ceremonial plaque at the event to mark the serving of '3rd billionth meal.' (File Photo)

Vrindavan: Ahead of arriving in Vrindavan to serve meal to underprivileged schoolchildren, Prime Minister Narendra Modi on Monday praised the efforts of an NGO towards eradicating hunger from the country.

"I will be in Vrindavan today for a unique programme- to mark the serving of the 3rd billionth meal by the Akshaya Patra Foundation. Congratulations to all those associated with this mission. Their efforts towards eradicating hunger are exemplary," he tweeted.

The prime minister will also unveil a ceremonial plaque at the event to mark the serving of "3rd billionth meal" by Akshaya Patra Foundation at Vrindavan Chandrodaya Mandir campus in this holy city.

A massive stage has been erected at the venue and beautifully decked up. "The prime minister will serve food to about 20 schoolchildren from underprivileged background in the campus, marking the three billionth meal offered by Akshaya Patra," Naveena Neerada Dasa, the head of strategic communications in ISKCON, said.

Funded by International Society for Krishna Consciousness (ISKCON), Akshaya Patra is a not-for-profit organisation that works with the government on mid-day meal schemes.

The foundation has a state-of-the-art kitchen in Vrindavan and Modi will serve food to children near the facility. Uttar Pradesh Chief Minister Yogi Adityanath, HRD minister Prakash Javadekar, BJP's Mathura MP Hema Malini will also join the prime minister at the event.

The prime minister and the UP chief minister will address the gathering, he said. Modi will also pay floral tribute at the Vigraha of Srila Prabhupad, the Acharya of ISCKON, the Union government said.

This would be the prime minister's "first visit to the Chadrodaya Mandir campus" and elaborate arrangements have been made for it, Dasa said.