India   All India  11 Feb 2019  Development must look at the beneficiary’s perspective
India, All India

Development must look at the beneficiary’s perspective

Throughout my early work in villages, I remained frustrated by the small scale and slow pace of change. 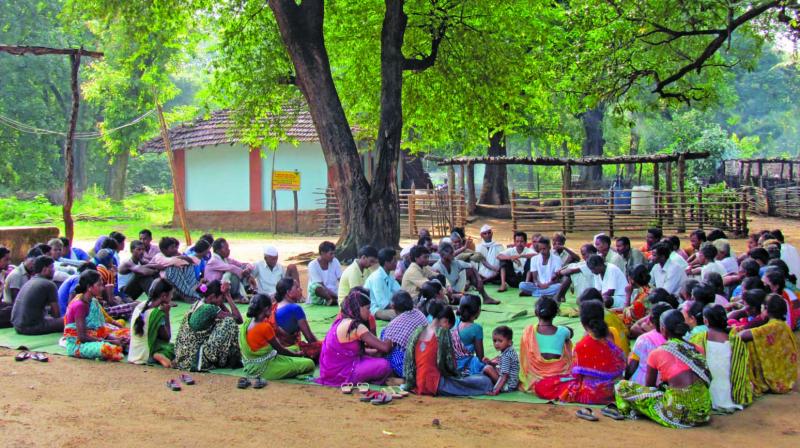 Although the data is skimpy, many of the development programmes don’t appear to have a beneficiary orientation.

The great thinker Geert Hofstede once outlined certain basic issues that society needs to come to terms with in order to organise itself. He called them the dimensions of culture. One of them is Power Distance. Power Distance is the extent to which the less powerful members of organisations and institutions (like the family) accept and expect that power is distributed unequally. People who are trapped in a cycle of low income and exclusion can’t often realise their lives can be changed for the better through their own efforts. Once they understand that, it’s like a light getting turned on.

What we really need today is a new development approach: One that treats individuals and programme beneficiaries not as objects of charity but as active participants who can hold the development community accountable and responsive to their needs. It is extremely necessary to think of policy as a live object and the beneficiaries not as functions in the system but active players and the development apparatus as a tool to engage all stakeholders. We should talk to people because they have a sense of what they want, of the life they want. Everytime we make policies, we forget that the beneficiaries or clients have ambitions and aspirations. They are not zombies. This is only possible when the instruments and institutions of development are placed in the hands of these communities.

This reminds us of the Chinese sage who would tell his disciples: “Give a man a fish and you feed him for a day; teach a man to fish and you feed him for a lifetime.” One day he was visited by one of his disciples with a nagging problem. “Master,” the disciple said, “I have five people who are hungry and thirsty, and I have rice, curry, soup, pickle, and water. How do I divide it among all the five? On the pretext of equality, if I divide all the five items equally among the five, nobody’s thirst or hunger is quenched. If I divide five items into one for each, again, I end up satisfying nobody.” The sage smiled and replied, “Give all the five items to the neediest and the one most willing to find food for others, and after his hunger and thirst are quenched, you both jointly find food for the rest.”

In his reflections on fieldwork, the doyen of Indian anthropologists, professor M.N. Srinivas described successful ethnography as passing through several stages. An anthropologist is “once-born” when he goes initially to the fields, thrust from familiar surroundings into a world he has very little clue about. He is “twice-born” when, on living for some time among his tribe, he is able to see things from their viewpoint. To those anthropologists fortunate enough to experience it, this second birth is akin to a Buddhist urge of consciousness, for which years of study or mere linguistic facility do not prepare one. All of a sudden, one sees everything from the native’s point of view, be it festivals, fertility rites, or the fear of death. A banker or a development expert is no less an anthropologist than a sociologist: He is a financial or a development anthropologist.

Throughout my early work in villages, I remained frustrated by the small scale and slow pace of change. At each inflexion point in a development career, the question one has to constantly ask oneself is: How can we have the biggest impact on the maximum number of people? In other words, how do we make development more sustainable in a world with no shortage of problems? How do we get the biggest bang with the least money? It was with close engagement with the people that I realised that they were the most critical piece in the whole puzzle.

I always cite a lesson from this field experience. Laxman was an extremely poor landless agricultural labourer who lived in a village. A well-meaning official decreed that Laxman should be given a subsidised loan to buy a rope-making machine. Laxman, afraid that he might not be able to repay the loan, tried to resist this offer; however, by that time, the loan had already been sanctioned and he was firmly told to accept it. The rope-making machine turned out to be defective, and while the bank officials kept promising that they would send someone to repair it, this never happened. Unable to get the machine repaired himself, Laxman sold it for a relatively small sum and bought seven goats with the proceeds. One year later, six of the goats had died. Laxman was left with one small goat and a debt larger than his entire annual income. It is extremely necessary that we ensure that development programmes have relevance to the beneficiaries and their local context and can be profitably sustained in the local economy. Or else we will be pushing them further into distress.

Although the data is skimpy, many of the development programmes don’t appear to have a beneficiary orientation. The beneficiary perspective, i.e. the scheme seen from the point of view of the beneficiary, the rural poor, is missing. Targets, commands, exhortations, and plans come from above. From the periphery and bottom comes a weaker flow of filtered information which placates and misleads. In meetings, subordinates are upbraided, cajoled, and given orders from visitors. A few prominent villagers are cultivated and are made to repeat parroted sentences of eulogies that can sound musical to the ears of for programme directors. The top bosses are interested only in selective feedback: one that is palatable to them.

When foreign dollar investors make millions off the backs of the poor, the poor are liable to display a decided lack of gratitude. This is a global issue which should be addressed by scaling back, going local and giving project recipients ownership of the process. The word “development” has many meanings — even within the “development community”. For Amartya Sen, the Nobel-winning economist and philosopher, development is freedom. Sen’s “freedom” is not the freedom of libertarians — not merely freedom from interference — but the increased agency in one’s life and an increased control over one’s circumstances. Many things bestow such freedom: Income, education, equal rights, and the ability of people to develop and fashion their own solutions to everyday problems.

The idea is to use local wisdom before we involve expertise from outside. The failure of so many development interventions over the past half-century can be partly attributed to their lack of rootedness in the society they were designed to change. Capacity-building needs to be grafted onto pre-existing foundational values, rather than importing another’s value base. Too often, though, expedient approaches prove shortsighted, and fail to engage local leaders who hold the keys to economic and social progress. Too often, grassroots-level voices, reflecting firsthand experience addressing their communities’ problems, are ignored. Experience suggests that a participatory process helps ensure more active engagement by local people, a greater degree of local ownership, and increased reliability and quality assurance. It also helps overcome some of the ethical issues around such processes, including agreeing to its scale and scope, of who is involved, and who has access to the right data, and who can locally shepherd the programme, both democratically but also strategically.

Fortunately, the academic community is now no longer dominated by the elite. The social background of this tribe is now more representative of the population. The academic work is hands-on and minds-on rather than hands-off, solving real problems and at the same time learning and understanding better how the world works. The traditional dichotomy between the starry-eyed researcher on the high perches who is too busy to reflect and the practically minded and culturally rooted development manager is crumbling. Good academics know how to be practical and good policymakers know when they need to move out of their comfort zone and soil their hands.

President John F. Kennedy very poignantly declared a half-century ago: “By defining our goal more clearly, by making it seem more manageable and less remote, we can help all people in seeing it, to draw hope from it, and to move irresistibly towards it.”