As many as 549 bulls and 1,050 tamers participated in the event and many went home with handful of gifts. 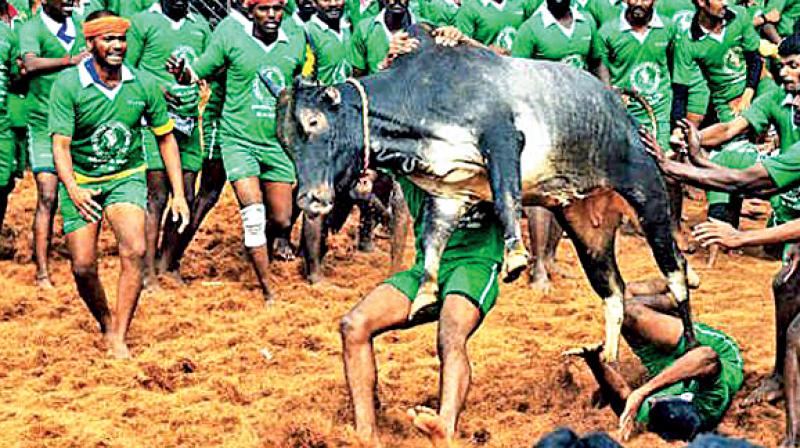 Madurai: It was another historic moment for the Tamils separated by the Palk Straits when Sri Lankan minister Senthil Tondaiman won a Maruti Swift car and a native cow – both bonanza prizes – for the best bull in the internationally famous Alanganallur Jallikattu.

Alanganallur was the first epicentre for the ‘Tamil Spring’ which brought Jallikattu back among the people. Locals had first gathered at this village to demand restoration of Jallikattu, which hadn’t been held for the past two years. On Friday, they organised a grand show with DMK working president M.K. Stalin participating while VIPs, film personalities and social activists cheered both the bull tamers and owners.

Nearly 50,000 spectators gathered from various parts of the state to watch the bulls passing through Vadi Vasal and taking on tamers in the arena from 8.15 am. The village festival committee also set up an exclusive gallery for students as a token of gratitude for their participation in the protest on Marina beach in Chennai to safeguard the traditional sport of the Tamils.

The performance of the bulls of Alanganallur held the audience spellbound. The bull tamers couldn’t tame the first three bulls. The spectators raised their voice in unison when woman bull owner Rani from Pallapatti village in Dindigul district challenged the bull tamers betting Rs 1,000 (apart from the prize money) to prove valour against her bull. Her bull crossed the mark untamed, winning her a gold ring from Mr Stalin.

As many as 549 bulls and 1,050 bull tamers participated in the event and many of them went home with a handful of gifts.