Madhusudhanan is the third leader to be expelled for supporting the OPS camp in the past two days. 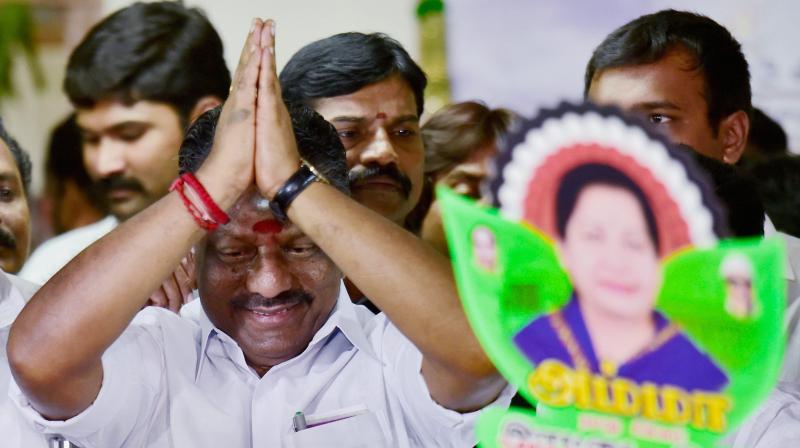 Chennai: “Elections for the post of AIADMK general secretary will be held very soon,” sacked party presidium chairman E. Madhusudhanan declared on Friday, after terming his removal from the post by V.K. Sasikala as “null and void”, contending she is just the “temporary general secretary” of the AIADMK.

Hours after Ms Sasikala issued a statement removing Mr Madhusudhanan as presidium chairman and from his primary membership of the party, the veteran AIADMK leader, who had worked with the likes of M.G. Ramachandran and J. Jayalalithaa, hit back at her saying “she does not have any right to remove me from the party”.

“The post of general secretary of AIADMK is vacant. The elections to the post will be held very soon and I urge cadre of the AIADMK to get ready for the polls,” Mr Mad-husudhanan told reporters at the residence of chief minister O. Panneerselvam.

“The bylaws framed by our founder M.G. Ramachandran always wanted a person to be elected general secretary only by cadre of the party. By that scale, the election of Ms Sasikala is null and void and therefore she is not the party’s general secretary,” he said.

Mr Madhusudhanan also said he has written to the Election Commission seeking to declare Ms Sasikala’s election as the AIADMK chief “null and void” since she was not elected by the party cadre.

Noting that a candidate to the general secretary’s post should also have completed at least five years in the party, he said since Ms Sasikala rejoined the AIADMK only on March 31, 2012, she does not qualify for general secretary.  “I have requested EC (in the letter) not to accept her appointment,” he said.

Earlier in the day, Ms Sasikala had said in a press release, “E. Madhusudhanan is being removed as the party’s presidium chairman since he has violated the party principles and brought disrepute to the party.”

Mr Madhusudhanan is the third leader to be expelled for supporting the OPS camp in the past two days after IT wing secretary G. Ramachandran and Om Sakthi Segar from Puducherry.

However, the party has removed neither O Panneerselvam nor leaders like V Maitreyan and KP Munusamy.