Swedish defence firm keen to set up modern facility in India to build the fighters. 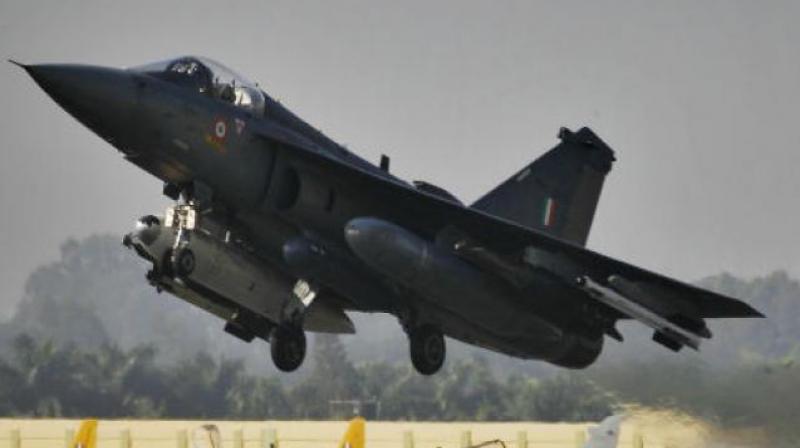 The IAF is already facing a severe shortage of fighter squadrons. (Photo: PTI)

New Delhi: Buoyed by policy developments in the US and sensing a golden opportunity to sell its Gripen E fighter jets to India, Sweden’s defence firm Saab has renewed its offer to set up a modern facility in India to build the fighters. It is also looking to export the jets from the Indian facility.

The offer is subject to the condition that India orders the Gripen E for the IAF, an order that is expected to be finalised by next month.

The Gripen E is locked in a close contest with the US-based Lockheed Martin’s F-16 to bag the combat aircraft contract for the IAF.

While Lockheed Martin had offered to move its sole production line of the F 16-Block 70 to India from Texas to meet Indian and global requirements, on Thursday, the company had said that the Trump administration will take a “fresh look” at some of these programmes and declared the company’s commitment to “align”  with US policy priorities.

It was also reported that with Lockheed Martin not getting any fresh F-16 orders from Pentagon, it plans to use its Fort Worth facility in Texas to make the fifth generation F-35 joint strike fighter.

On Friday, Kent-Ake Molin, director, sales and marketing for Gripen, asked: “Should India be looking at aircraft that are at the end phase of its design life or should it go for an ultra modern fighter?”

Asked if any locations have been identified in India for the ultra modern facility, he said: “There are a lot of attractive propositions across India. We are analysing and evaluating all possibilities and of course there will have to be consultation with the state governments too”.

The IAF is already facing a severe shortage of fighter squadrons. It has 33 squadrons now, much short of its critical strength of 42 squadrons.