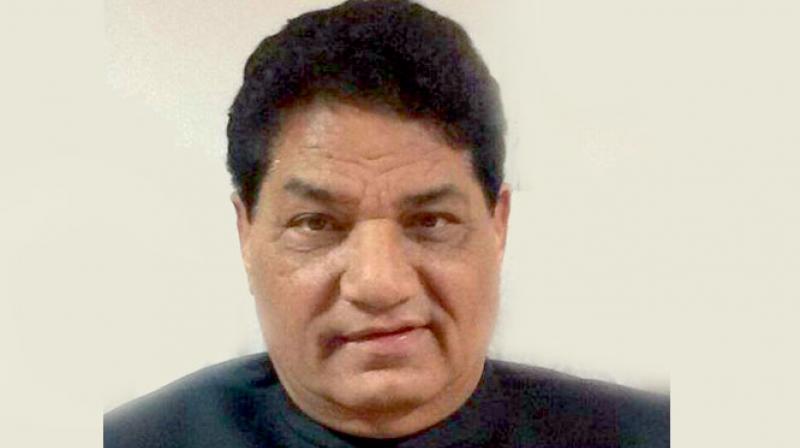 Kotdwar (Uttarakhand): The turning point in the 2012 Uttarakhand Assembly election was the Kotdwar constituency in Pauri district. The then chief minister Major Gen. (Retd) Bhuvan Chand Khanduri of the BJP was defeated by a little more than 4,000 votes by Surender Singh Negi of the Congress. This became the game-changer of the election and the Congress inched ahead of the BJP by a margin of just one seat. This helped the Congress to form the government in the state in 2012.

This time, the BJP has fielded Congress rebel and former state minister Harak Singh Rawat From Kotdwar. He was one of the key players of the March 2016 rebellion in the Harish Rawat government. Challenging Harak Singh Rawat is his former Cabinet colleague, health minister Surinder Singh Negi.

Harish Rawat is also taking a keen interest in this constituency as Harak Singh Rawat was instrumental in starting the rebellion against him.

Harak Singh Rawat has always contested and won from different constituencies. Pauri, Lansdowne and Rudraprayag are Assembly segments from where he has won previous elections.

Mr Negi is primarily concentrating on the outsider factor. The main theme of the campaign is that Harak Singh Rawat is an outsider. The campaign vehicles of Mr Negi are blaring songs that go “Tum to thaire pardesi saath kya nibhaoge... 15 February ke baad, tum to laut jaoge”.

Harak Singh Rawat is attacking the incumbent MLA Mr Negi, asking how he could not get Kotdwar converted into a district. Speaking to this newspaper, he said, “I belong to Pauri, how am I an outsider. The fact is that no work was done here by the sitting minister. I will definitely win.”

Supporters of Harak Singh Rawat from across the state have descended in Kotdwar. The campaign managers are relying heavily on the proposed public meeting of BJP president Amit Shah to bolster the chances of defeating the incumbent. Former chief minister and current Pauri BJP Lok Sabha MP Maj. Gen. Bhuvan Chand Khanduri also campaigned in the town.

To show his development work in the town, Mr Negi has already laid the foundation for a medical college and a base hospital.