India   All India  11 Feb 2017  Customs dept disposes off narcotics worth Rs 8 crore seized over a decade
India, All India 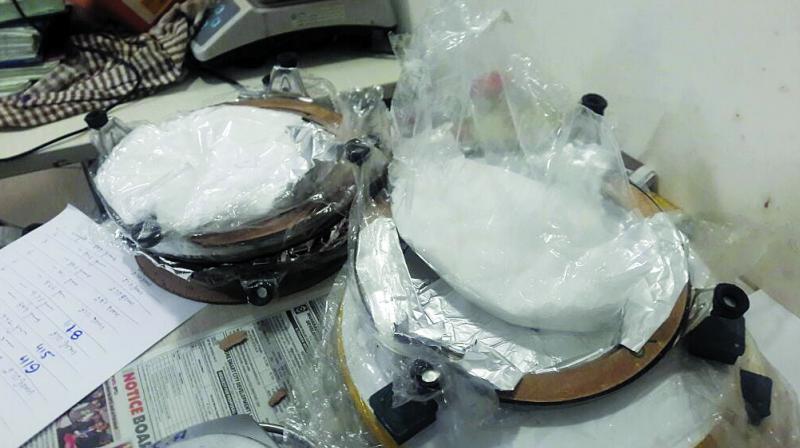 New Delhi: Drugs such as heroin and ganja worth about Rs 8 crore, which were seized from smugglers over the past several years, were on Friday finally disposed off by the customs departments.

These drugs were seized at Foreign Post Office and air cargo export shed from various outbound parcels in the past.

The drugs, including 2.48 kg of heroin worth Rs 7.6 crore, 2.6 kg of ganja valuing Rs 26,000 and 1.45 kg of charas worth Rs 1.45 lakh, were disposed at a centralised waste treatment facility in Nilothi, a press release issued by the customs said.

“The about 6.53 kgs of drugs, which were seized in various cases, were disposed after a painstaking efforts by the customs department who took permissions from different courts hearing the cases of seizures to dispose them,” a senior customs official said.

Such a disposal is taking place after a gap of at least 10 years, he added.

Further, a quantity of 19.7 kg of Ephedrine, a contraband, valued at Rs 19.7 lakh was also destroyed along with these narcotics.

This consignment of Ephedrine was seized recently in the cargo shed. “The said quantity was concealed in bedsheets and the declaration made by exporter in the corresponding documents was ‘king size bedsheets’ only,” the release said.