Brazen UP minister threatens to set local journalist on fire

The journalist has filed a complaint with the police and has handed over the mobile audio of the alleged threat. 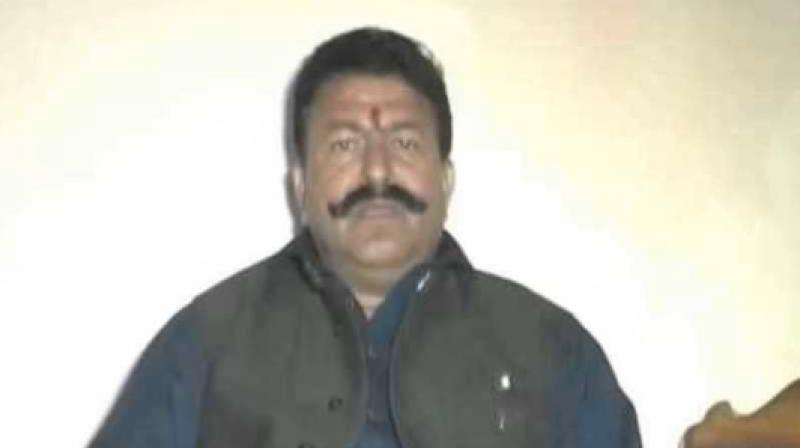 Kushinagar: In a Taliban-like diktat, Uttar Pradesh Minister Radhey Shyam Singh allegedly threatened to set a local journalist afire for not supporting him during the ongoing Assembly elections in the state.

Kushinagar goes to polls on March 4 in the penultimate phase of the seven-phase Assembly elections ending March 8.

The journalist has filed a complaint with the police and has handed over the mobile audio of the alleged threat to the Superintendent of Police, Kushinagar, Raju Babu Singh.

Singh said he had received the complaint and the matter would be investigated.

In the past too, the minister was accused of abusing and threatening local government officials over phone.

Earlier, another Uttar Pradesh Minister, Ram Murti Singh Verma, was booked along with five others in connection with the killing of a journalist Jagendra Singh by allegedly setting him on fire in Shahjahanpur district in June 2015.

Jagendra had made a Facebook post against the minister regarding his alleged involvement in illegal sand mining and land grabbing.