No final decision has been taken as yet because such a proposition involves serious financial and legal implications. 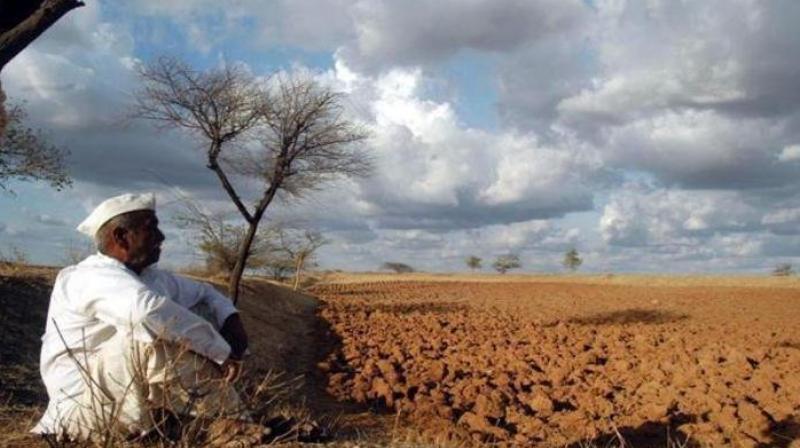 Nagpur: To implement a loan waiver scheme extended by Maharashtra government in 2015 to debt-ridden Marathwada and Vidarbha farmers residing outside the licensed money lenders' operational area, an amendment will be required in the Money Lending (Regulation) Act 2014, the Bombay High Court was told in Nagpur.

Additional Chief Secretary Santokh Singh Sandhu submitted an affidavit in this regard informing the HC about it when a PIL filed by Arun Ingle, president of Sawkargrast Shetkati Samiti in Buldhana district, came up for hearing yesterday.

The affidavit by the state government stated that extending loan waiver scheme to debt-ridden farmers residing outside the permissible operational area (of licensed money lenders') will be breach of provisions of Section 4 of the Act.

Hence, amendment in the Act is needed first and government is working on this aspect. However, no final decision has been taken as yet because such a proposition involves serious financial and legal implications, it said.

The state government in its GR dated April 10, 2015 had extended a loan waiver scheme to farmers of Vidarbha and Marathwada region who had taken loans/advances from licenced money lenders.

However, the loan waiver was brought with certain terms and conditions to be followed while implementing it. It was submitted in the court that "during the implementation of the said loan waiver scheme, the government received communication from collectors of various districts of Amravati, Jalna, Wardha, Yavatmal, Akola and other regions besides peoples' representatives with a request to consider relaxation of sub clause three of clause one of the GR.

"However, waiving the loans the money lenders have extended to farmers who were not residents of the area for which license has been granted (to money lenders) would be contrary to the provisions of Section 4 of the Act, 2014."

Also, it (representations) apparently meant that any waiver of loans extended by such money lenders to the farmers residing outside the areas mentioned in their license would require appropriate amendment of the Act, 2014, the affidavit said.

The affidavit says "the GR shows that sub clause-3 of clause one disentitles money lenders who extended loan to persons who are not residents within the area of operation as mentioned in the licence."

The division bench of Justice Bhushan Gawai and Justice Indira Jain yesterday went through the affidavit submitted by the government and fixed the hearing on the same after two weeks.