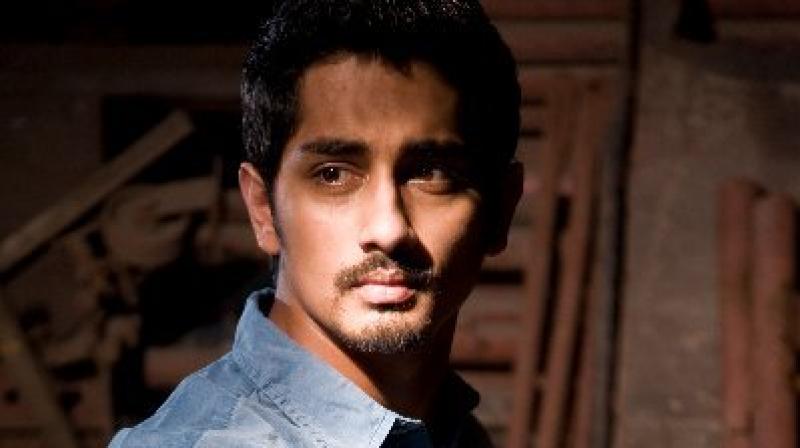 The actor, however, said that he did not mean to disrespect anyone. (Photo: Twitter/@Actor_Siddharth/File)

New Delhi: The National Commission for Women (NCW) has asked Twitter to block the account of actor Siddharth over his "sexist" tweet against ace badminton player Saina Nehwal.

NCW Chairperson Rekha Sharma said, "We have not received any reply from them. We are waiting for their reply and we are pursuing with them and want actor Siddharth's account to be blocked."

"Today also we have written to Tamil Nadu DGP on another incident where he is using abusive language for one of the media person ladies. So, we have taken up that matter and we have written to the DGP again. We are pursuing both cases," Sharma added.

"We have not had a word with Sania Nehwal. We took suo moto on this case. Many similar cases are seen on social media and we took this up to set an example for others, she said.

"He is been repeatedly using bad language, sexist remarks not only for one woman but other women as well. NCW has been in touch with Tamil Nadu DGP. I am personally pursuing with him to take action because we have to make an example out of this case because these days we've seen that social media is full of these kinds of tweets and messages I think we have to take up the matter with the police," the NCW Chairperson told ANI.

"The National Commission for Women has come across a post of Indian Actor-Producer-Musician Siddharth enclosing a tweet of Times Now Navbharat using derogatory remarks against a woman anchor. The post is offensive, unethical and shows disrespect towards dignity of women," the press note issued by the NCW stated.

"The Commission has taken suo motu cognisance of the matter. Chairperson Ms Rekha Sharma has written to Director General of Police, Tamil Nadu seeking intervention and appropriate action against the offender as per provisions of law to refrain him from making such kind of statements in future. The Commission has to be apprised about action taken in the matter at the earliest," the statement noted.

The actor had in a Twitter post on January 6 retweeted a post by Nehwal in which she had expressed her concern over the security breach of Prime Minister Narendra Modi during his Punjab visit on January 5.

Raising concerns over the Prime Minister's convoy being stopped for 15-20 minutes on a flyover in Punjab's Bathinda as the road was blocked by protesting farmers, the ace badminton player tweeted: "No nation can claim itself to be safe if the security of its own PM gets compromised. I condemn, in the strongest words possible, the cowardly attack on PM Modi by anarchists."

Retweeting her post, Siddharth wrote, "Subtle cock champion of the world... Thank God we have protectors of India. Folded hands. Shame on you Rihanna." The NCW in a statement today said that the comment by the actor was "misogynist and outrageous to the modesty of a woman amounting to disrespect and insult to the dignity of women on social media platforms."

The actor also responded that he did not mean to disrespect anyone and his "subtle cock" tweet contained no kind of insinuation. "Cock and bull. That's the reference. Reading otherwise is unfair and leading. Nothing disrespectful was intended, said or insinuated. Period," he tweeted.