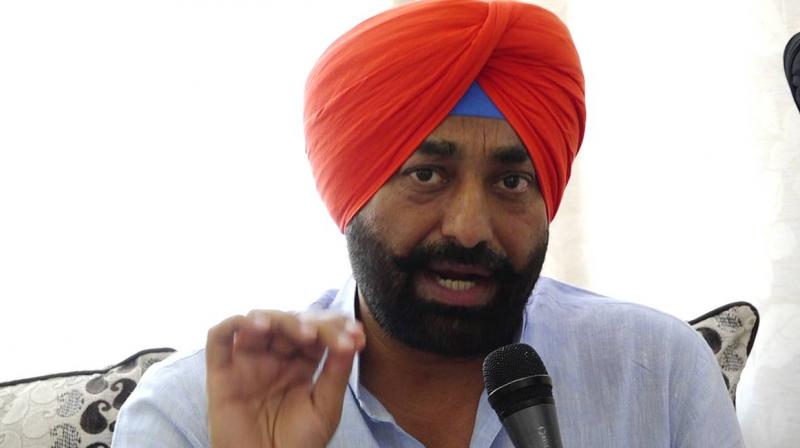 Chandigarh: Finding it difficult to keep its flock together, the beleaguered AAP in Punjab faces the threat of losing the status of single largest Opposition party and with that the post of Leader of the Opposition (LoP) in the Assembly.  The AAP has 18 MLAs in the Assembly whereas the Shiromani Akali Dal (SAD) has 15.

Rebel AAP leader Sukhpal Singh Khaira resigned recently from the party and another AAP MLA, Baldev Singh, is threatening to resign. There are six rebel MLAs in the AAP who may also resign from the party. In such a situation, the AAP could lose the post of the Leader of the Opposition post to the SAD.

Mr Khaira, who was suspended from the AAP in November for “anti-party activities”, said his new party would work for the people of Punjab, especially youth, farmers and women.

According to AAP MLA Kanwar Sandhu, who was one of the six MLAs present on the launch of Mr Kahira’s new party, “We are in consultation with our constituents and will decide on our next move after talking to them. Our main objective is fight for more autonomy for the state unit, we have always asked the central leadership to provide more power to local leadership. We are very clear on that and there is no compromise on our demand, but we are still hopeful that the party leadership will heed to our demand.”

Mr Khaira’s decision to float a new party has brought to fore the simmering factionalism within the state unit of Punjab as party leaders were quick to attack Mr Khaira.

AAP MP Bhagwant Mann said that Mr Khaira was suspended on the grounds of indiscipline and was asked to fall in party line but he kept on speaking against the party leadership. “He has always raised questions questions over the decisions of party be it appointing H.S. Phoolka as Leader of Party or my appointment as president of Punjab unit,” he said.

The AAP MP said Mr Khaira’s fight is only for grabbing power and nothing more than that.

He dismissed Mr Khaira’s resignation from the party as political drama and dared him to test his popularity by resigning from the Assembly and Contest elections again. He said that Mr Khaira was instrumental in misguiding other MLAs but doors of the party are always open for them.

The feud within the AAP has come as good news for the Akali Dal. The SAD which was reduced to a poor third political player after the Assembly polls in 2017 due to rise of the AAP.

According to SAD spokesperson Daljit Singh Cheema, “We are not affected by the what is happening within the AAP. The recent developments have brought out the true face of the AAP in front of the people. We don’t need the AAP for revival, we have already done that in local body elections in the state. The Congress, the AAP and the AAP’ S faction all fear the SAD,” he said.