‘No evidence of bribe’: Here’s why Alok Verma shunted out as CBI chief

As panel based its decision on CVC report, Kharge flagged how main allegations against Verma were 'unsubstantiated'. 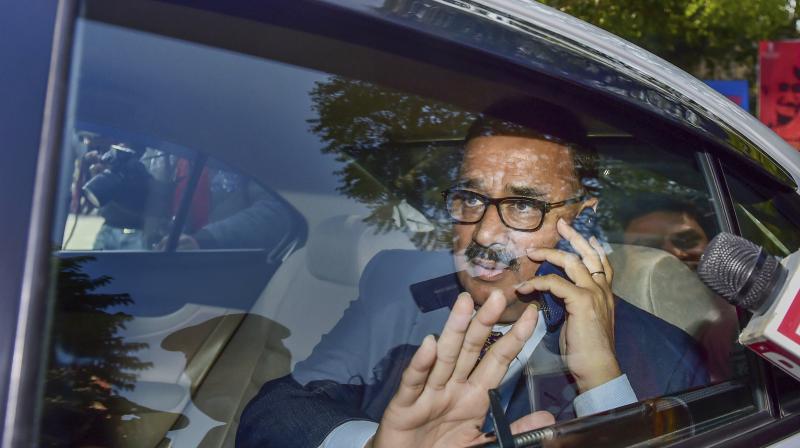 New Delhi: Congress leader in Lok Sabha Mallikarjuna Kharge on Thursday gave a dissent note during a meeting of the high-powered committee chaired by Prime Minister Narendra Modi against its decision to remove Alok Verma as CBI director.

"It would be grossly unfair not to restore Alok Verma to the full extent of the authority enjoyed by the office of the Director CBI and compensate him by extending his term appropriately to accommodate for the loss of 77 days caused by the illegal orders of the CVC and DoPT on October 23, 2018," he said in his dissent note.

As the panel based its decision on a report submitted by the Central Vigilance Commission, the dissent note put up by Kharge flagged how the main allegations against Verma were “unsubstantiated”.

The note that included a summary of the vigilance report revealed that six out of the 10 allegations levelled against Alok Verma were “found to be unsubstantiated or false” with four of them being found to be in need of further investigation as an inconclusive finding has been arrived at.

Four of the charges are found to be prima facie substantiated and on the basis of circumstantial evidence, found to be unflattering to Alok Verma".

The main allegation of bribery - raised by Verma's deputy Rakesh Asthana - is not substantiated. "No evidence of payment of bribe; further investigation required for verifying circumstantial evidence," the CVC report said on the charge that Verma took Rs 2 crore from a businessman being investigated by the CBI.

However, the allegation of exclusion of a suspect from being named as an accused in a First Information Report in the IRCTC case was "substantiated and amounts to serious misconduct and warrants disciplinary and other actions," the report had said.

Another allegation of failure to take action in gold smuggling case at the Delhi airport was “partially substantiated”.

The charge of inducting tainted officers in the CBI was “found to be substantiated”.

The 3-member panel decided to shunt Verma out with the opinion that “being the head of a very sensitive organisation, Verma was not functioning with the integrity expected of him.”

However, Kharge disagreed and said an inquiry into the conclusions by the Central Vigilance Commission should continue further but in parallel, he should not be denied his tenure and also should be given back his powers.

Apart from PM Modi and Mallikarjun Kharge, Justice A K Sikri was the member of the panel. Sikri, who was a nominee of the Supreme Court Chief Justice Ranjan Gogoi, sided with the government over the removal of Verma.

The dissent note submitted by Mallikarjun Kharge before the High Powered Committee Meeting called y'day pursuant to directions of SC in the matter of #AlokVerma; states 'CVC report submitted to SC doesn't arrive at any conclusive finding with respect to allegations against him'. pic.twitter.com/PK5NIzkDNQ