The Opposition had requested the Election Commission to postpone the presentation of budget after March 8. 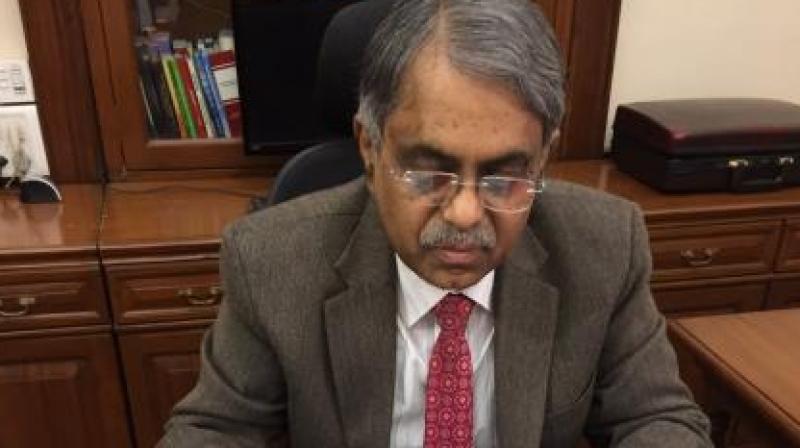 New Delhi: The Centre is learnt to have defended its decision to present the Union Budget on February 1 in its reply to the Election Commission, informing the poll body that it would not be possible to shift the Budget presentation to a later date since it is a significant activity pertaining to the expenses of the nation, and it was done in order to avoid spilling over of the Budget sanction to the new financial year.

Sources close to the development said that Cabinet secretary P.K. Sinha in response on Tuesday to the Election Commission’s query regarding presentation of the Budget on the aforementioned date, is learnt to have reaffirmed the government’s decision to advance the Budget Session by almost a month, so that well before the commencement of the next fiscal on April 1, all the necessary allocations are made to the concerned sectors.

The government has reportedly also told the Election Commission that the Budget presentation is an exercise which pertains to the entire country and not just to a few states.

Normally the Union Budget is presented on February 28 every year, and its sanction from Parliament takes place in the new financial year, which delays implementation of various new initiatives. The EC had sought the government’s response on advancing the Budget Session of Parliament by January 10. It had acted on the complaint from several Opposition parties led by the Congress, which had contended that presentation of the budget on February 1, just 10 days before the first phase of polling begins in Uttar Pradesh assembly elections on February 11, is a violation of the election code of conduct.

The Opposition had requested the Election Commission to postpone the presentation of budget after March 8, which is the last date of polling in the politically crucial Uttar Pradesh.

The Budget Session has already been convened from January 31 when the President will address the joint sitting of the two Houses. The Union Budget and the Economic Survey are slated to be presented the next day.

Earlier, the government while defending the move to advance the budget session had said that the parliamentary committees have already been informed to study budgetary proposals in the recess period between February 10 and March 8.

It said that the government had made its intentions clear to advance the session in September last and the Union Cabinet had also cleared the proposal.