Family of BSF jawan claims he is missing, demands probe 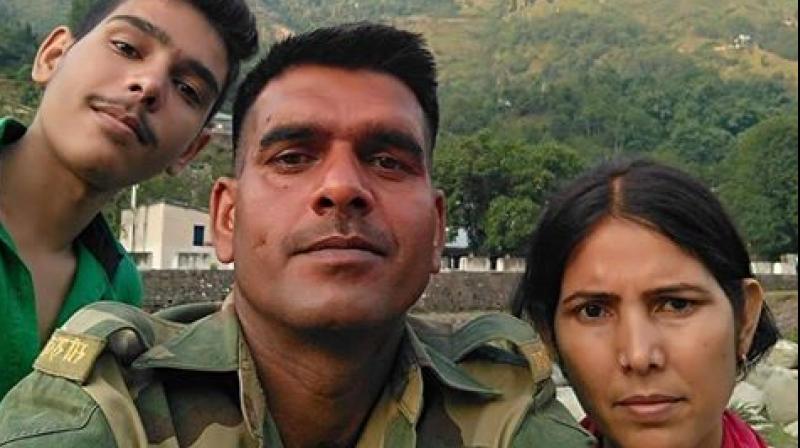 Rewari: Imposing faith on Border Security Force (BSF) jawan Tej Bahadur Yadav's claims, which was to expose corruption in the higher order, his family, on Wednesday, reiterated his charges and said what he showed was the truth.

Tej Bahadur's wife Sharmila rubbished BSF's claims, which termed him mentally unstable, and questioned why he was sent to the border if he was mentally unfit.

"What my husband did is right and for the welfare of the soldiers. It is not wrong to demand for food. He has only shown the truth, but these people are saying his mental health is not well. If he was mentally unstable, why was he sent to the border?" she said.

In a Facebook post on Tuesday, she also claimed that her family has not able to contact him since Monday and that they do not know where he is or in what conditions. 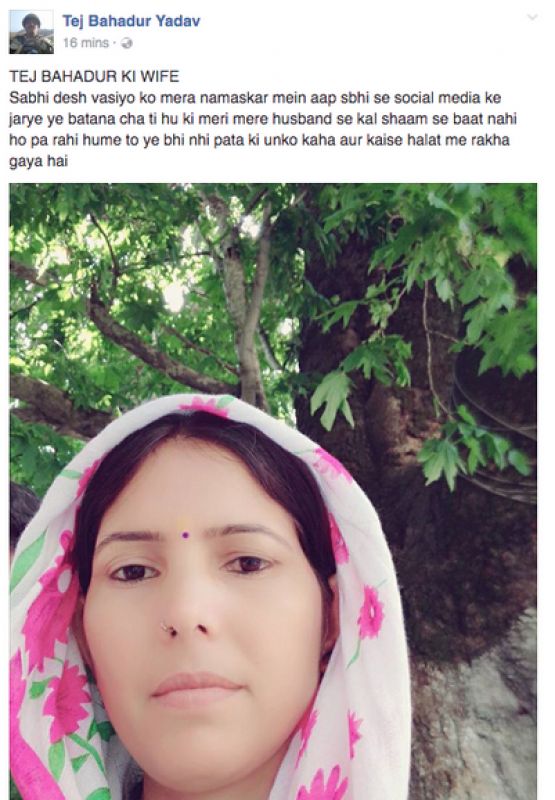 Sharmila also urged the government to investigate the matter and ensure justice to her husband and family.

Rohit, son of Tej Bahadur, also supported his father's demand for good food and expressed his inclination towards investigation of the matter.

"We have been unable to contact him since last evening. We last spoke to him yesterday evening. We don't know where has he been kept and in what circumstances. He just demanded for good food, which is not wrong. We want to know what is happening with him and if he is fine. I want this matter to be investigated and wish he gets justice," he said.

In a video that went viral on Monday, BSF jawan Tej Badur of the 29 battalion Seema Suraksha Bal was seen exposing the rot in the system by revealing the deeply ingrained corruption in the higher order, saying that the troops there were not even getting basic three square meals.

Speaking from an undisclosed location, Yadav could be seen saying that the soldiers stand for 11 straight hours every day, regardless the weather or temperature, but they are treated in the worst possible way one can imagine.

"Neither the media, nor any minister tries to take a note on how are we going through this (harsh weather). Our conditions are still worst. (humare halat wahi darbartar hain). After this, I will send three videos that will show how our officials are mistreating us. We do not want to blame any government, because they give everything we need, but our senior officials sell everything (for their own profit)," the jawans can be seen saying.

However, refuting the allegations labelled by soldier Tej Bahadur, the BSF on Tuesday accused the latter of indulging in indiscipline act and added that it is a sensitive matter for the forces.