India   All India  10 Dec 2018  We are prepared: Arthur Road jail ahead of UK court verdict on Vijay Mallya
India, All India

We are prepared: Arthur Road jail ahead of UK court verdict on Vijay Mallya

'If Vijay Mallya is brought here, we will take care of his safety and security,' Arthur Road jail official said. 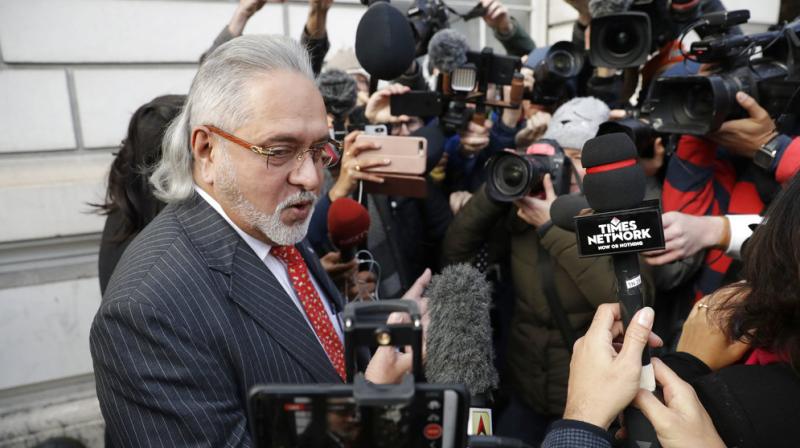 If extradited, Vijay Mallya will be lodged in one of the high security barracks located in a two-storey building inside the prison complex, which also housed 26/11 Mumbai attack terrorist Mohammad Ajmal Kasab. (Photo: AP)

Mumbai: Authorities at the Arthur Road prison in Mumbai have kept a high security cell ready for liquor tycoon Vijay Mallya if he is extradited from the UK in connection with loan default cases against him in India, an official said Monday.

Mallya, wanted in India on charges of fraud and money laundering amounting to around Rs 9,000 crore, is set to appear before the Westminster Magistrates' Court in London on Monday when his extradition trial is listed for judgement.

The 62-year-old former Kingfisher Airlines boss has been on bail since his arrest on an extradition warrant in April last year.

If extradited, Mallya will be lodged in one of the high security barracks located in a two-storey building inside the prison complex, which also housed 26/11 Mumbai attack terrorist Mohammad Ajmal Kasab, a prison official said.

A high security cell has been kept ready at the jail located in central Mumbai, he said.

"We are fully prepared to lodge him safely at our correction centre. If he is brought here, we will take care of his safety and security," the official said.

In case of a medical emergency, Mallya can be treated at the dispensary located close to the barrack, where doctors and other staff are present to provide basic treatment to prisoners, he said. The high security barracks are located separately from other cells.

These barracks are under constant CCTV surveillance and security guards with sophisticated arms are deployed there, he added.

An official from the Union Ministry of Home Affairs earlier said Mumbai's Arthur Road Jail was one of the best in the country. The comments had come after a court in the UK asked Indian authorities to submit a video of the Arthur Road Jail cell where they plan to keep Mallya following his extradition.

The official said adequate medical facilities were available to treat prisoners in Arthur Road Jail, where Mallya would get full security cover as an undertrial prisoner and it was highly secured in accordance with international standards. The central government has already conducted an assessment of security cover given to prisoners in the Arthur Road Jail and its findings conveyed to the UK court.