The Army handed over the suspect, Jitendra Malik, to UP Special Task Force team in Meerut late on Saturday night, officials said. 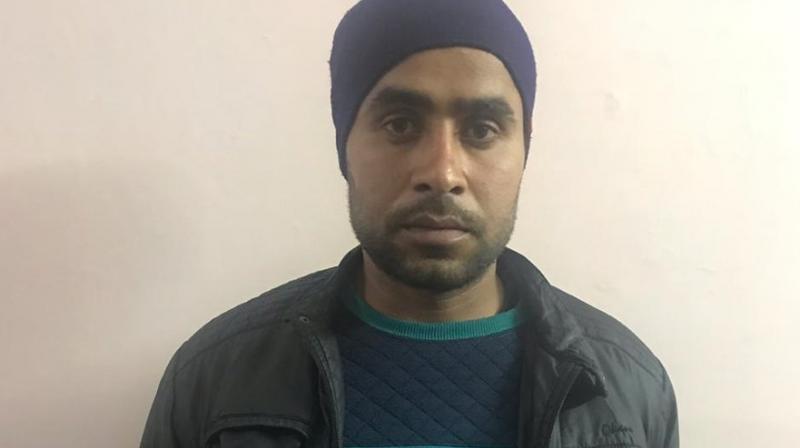 Lucknow: The Army jawan arrested for his alleged involvement in the killing of a police inspector during mob violence in Bulandshahr was on Sunday sent to 14 days’ jail, even as the UP government moved out an additional superintendent of police, the fourth police official to be shunted out in the last two days.

Uttar Pradesh DGP O.P. Singh said that the situation in the district was peaceful now. “Peaceful atmosphere prevails in Bulandshahr. Law and order is good,” he told reporters in Shirdi.

The Army handed over the suspect, Jitendra Malik, to UP Special Task Force team in Meerut late on Saturday night, officials said.

Malik was interrogated by the crime branch during the day and also questioned by the Special Investigation Team constituted by the UP government to probe the incident, the city superintend-ent of police (crime) said.

Earlier in the day, the UP government transferred Raees Akhtar, who was posted as additional superintendent of police (rural) in Bulandshahr, six days after two people died in mob violence in the district following an alleged cow slaughter incident.

In a statement issued here, principal secretary (home) Arvind Kumar said Akhtar has been transferred to PAC headquarters in Lucknow.

Manish Mishra, posted as additional superintendent of police at modern control room, Ghaziabad, has been made the new ASP (rural) of Bulandshahr.

Malik, suspected to be involved in the killing of the inspector, was taken to the district hospital for a medical examination and later produced before the magistrate, who sent him to prison for two weeks, the SP said.

On December 3, a mob of some 400 people rampaged through a village in Bulandshahr apparently after cow carcasses were found in a jungle nearby. During the violence, Inspector Subodh Kumar Singh and a 20-year-old man died of gunshot wounds.

Singh and his team had gone to the area to tackle the violence when they came under attack by the mob. On Saturday, the UP government transferred Bulandshahr SSP Krishna Bahadur Singh to the DGP office in Lucknow.