The students alleged that the university administration was trying to impose a particular ideology through education. 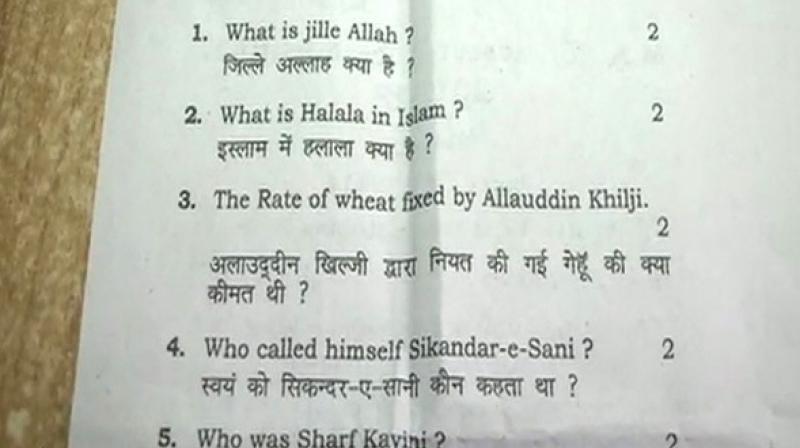 BHU History Assistant Professor Rajiv Srivastava questioned the examination pattern of Jawaharlal Nehru University and Aligarh Muslim University and added that Islam has demerits which must be raised. (Photo: ANI)

Varanasi: Banaras Hindu University (BHU) on Saturday found itself in midst of controversy after questions on triple talaq, halala and Alauddin Khilji appeared in examination papers.

The MA History paper had questions such as: What is Halala in Islam? The rate of wheat fixed by Alauddin Khilji; Discuss about teen talaq and halala as a social evil in Islam.

The students alleged that the university administration was trying to impose a particular ideology through education.

"The university found nothing wrong with the set of questions asked. I felt that the questions were offensive," Vikas, a student in the University said while claiming that it was a veiled attempt to divide the students.

"If students are not taught and asked about such things then how will they know about it? When they are taught medieval history these things automatically become a part of it. History has been distorted and we need to teach these things to them so that they know the 'real' history," he said.

He further questioned the examination pattern of Jawaharlal Nehru University (JNU) and Aligarh Muslim University (AMU) and added that Islam has demerits which must be raised.

"When we teach history of Islam, we will have to teach such things as well. People like Sanjay Leela Bhansali won't teach history to students," the professor asserted.