India   All India  10 Nov 2019  Sikhs across world excited on opening
India, All India

Sikhs across world excited on opening

Many of the pilgrims, who have come to the Kartarpur Gurdwara in the past, find a complete transformation of the area. 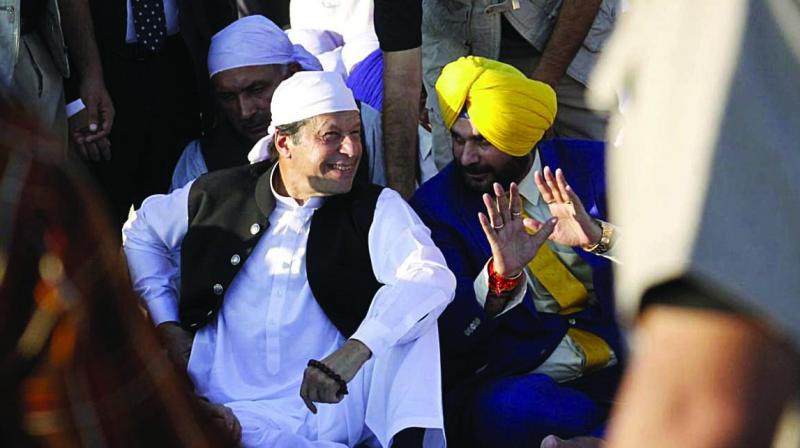 Kartarpur: Sikh community from all over the world is excited about the opening of the Kartarpur Corridor. Many Indian Sikhs have come to Pakistan through the Attari-Wagah crossing to take part in the 550th birth anniversary celebrations of Guru Nanak Devji.

Kartarpur is Guru Nanak Dev’s final resting place while Nanakana Saheb is his birthplace. In the absence of place available to stay in Kartarpur, the pilgrims are staying in Nankana Saheb.

Many of the pilgrims, who have come to the Kartarpur Gurdwara in the past, find a complete transformation of the area. Initially, there was no complex, but the gurdwara now stands in between a massive complex that has dormitories and medical rooms as well.

“I had come here earlier too, but today I can see a big change. 7 years back, it was just the gurudwara in middle of paddy fields with frogs jumping all around. This place is completely transformed,” said 70-year-old Raghubeer Kaur from Australia. She is a part of the group of 80 Indian Australians, who are visiting Nankana Sahib and Karatarpur.

Most of them have come in big groups. In fact, one group from UK consists of 300 people.

“It’s a great moment for us. We are very happy to be here. The Corridor will make it easier,” said Manjeet Singh from Haryana.

However, many feel that Kartarpur Corridor is only one part of the overall pilgrimage. For Nankana Saheb and other gurudwaras, they still have to come through Wagah route as people coming through corridor cannot enter Pakistan in any other way or travel to Nankana Saheb.

People were thankful to Pakistan’s Prime Minister Imran Khan for creating such an infrastructure. They also believe that the former Indian cricketer Navjot Singh Sidhu was the man behind the Kartarpur Corridor, which became possible due to his relationship with Imran Khan.

However, amid euphoria is also a tension. Politicians from Punjab have apprehension to the security.

Bharat Bhushan Ashu, MLA from India’s Punjab, who came through the Kartarpur Corridor as part of jatha, said that there is always a possibility of misuse by certain elements and the government has to be on toes. His concerns are reasonable given the fact that one of the pilgrims Jagpreet from Sangroor termed Sikh militant Jarnail Singh Bhindarewale as a 'young leader'.

However, the majority of the pilgrims felt that the Corridor would help connect people and promote brotherhood. Interestingly, the opening day of the corridor saw a unique combination of multi-faith people under one roof at Karatarpur — Sikh pilgrims, Hindu devotees, Christian diplomats, and Muslim assistants along with management staff. “Faith unites”, said one of the pilgrims from Germany.