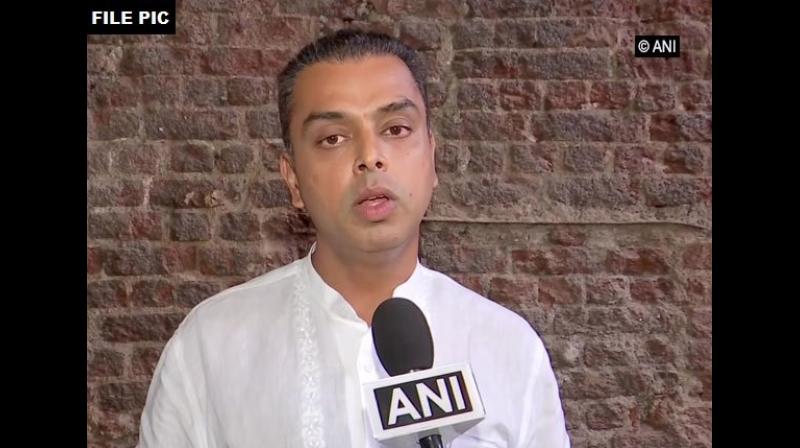 'Maharashtra's Governor should invite NCP-Congress - the second largest alliance - to form the government now that BJP-Shiv Sena has refused to do so,' Deora's tweet read. (Photo: ANI)

Mumbai: Congress leader Milind Deora on Sunday said that the Maharashtra Governor Bhagat Singh Koshyari should now invite the second largest alliance of Nationalist Congress Party (NCP) and Congress to form the government in Maharashtra as the BJP-Shiv Sena alliance has refused to do so.

"Maharashtra's Governor should invite NCP-Congress - the second largest alliance - to form the government now that BJP-Shiv Sena has refused to do so," Deora's tweet read.

Governor Bhagat Singh Koshyari on Saturday invited the Bharatiya Janata Party (BJP) -- the single-largest party -- "to indicate the willingness and ability of his party to form the government in Maharashtra".

The BJP has won 105 seats while the Shiv Sena bagged 56 seats in the 288-member Maharashtra Assembly.

Shiv Sena has insisted that the two parties had a '50-50' power-sharing agreement before the elections.

Fadnavis has said that the Shiv Sena was not promised the chief ministerial post for two-and-a-half years when the alliance was sealed before the 2019 Lok Sabha polls.

The Congress (44) and NCP (54) are well short of the 145-mark to form government in the centre, however, the tussle over the chief minister seat between the Sena and the BJP has led to political instability in Maharashtra.