The BJP, which had appealed to the govt to drop the celebrations, staged demonstrations at several places. 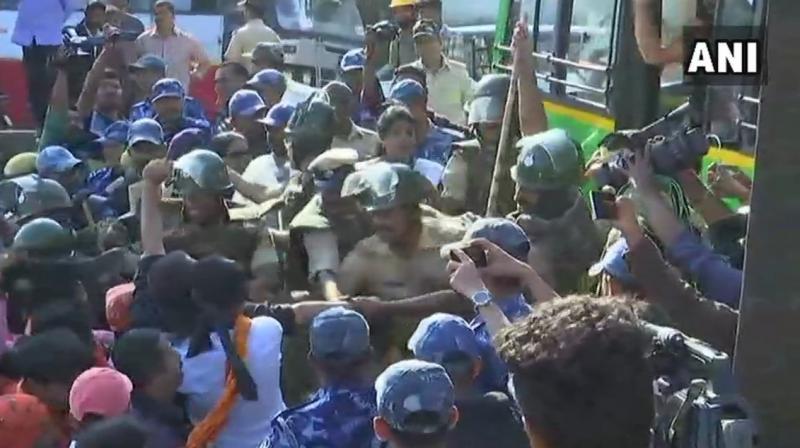 In Madikeri, various organisations, including BJP and Codava National Council, protested against Tipu Jayanti celebrations and called for a shutdown. (Photo: ANI/Twitter)

Bengaluru: Security was tightened in parts of Karnataka on Saturday morning as the state government observed the birth anniversary of the controversial 18th-century ruler of erstwhile Mysore kingdom, Tipu Sultan.

The BJP, which had appealed to the government to drop the celebrations, staged demonstrations at several places in the state.

In Madikeri, various organisations, including  BJP and Codava National Council, protested against Tipu Jayanti celebrations and called for a shutdown. Many groups were detained by the police.

The JDS-Congress coalition government led by Chief Minister H D Kumaraswamy, last week, had said Tipu Jayanti would be celebrated on November 10 in continuation of the previous Congress government's policy, prompting the BJP to announce protests. 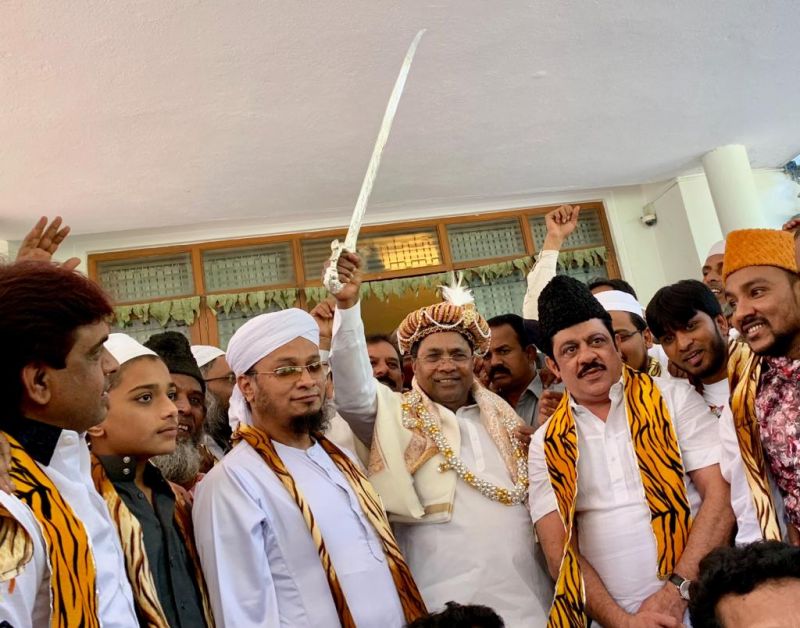 In Hubli and Dharwad, Section 144, which prohibits an assembly of more than 4 people, was imposed from 6 am onwards.

Deputy Commissioner of Kodagu, PI Srividya, said, "We have taken all precautionary measures. If somebody violates law and order the police will take strict action."