74 per cent vote in Himachal, highest in state polls

Deputy election commissioner Sandeep Saxena said that the previous highest polling percentage of 73.5 was recorded in the 2012 Assembly polls. 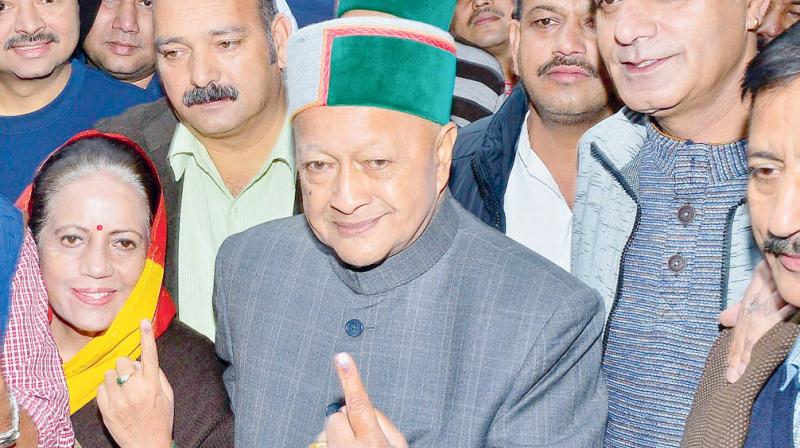 New Delhi: Himachal Pradesh on Thursday recorded its highest-ever voter turn-our of over 74 per cent in a possible indication towa-rds a regime change in the hill state. Counting will take place after 40 days on December 18 along with that of Gujarat where polling is scheduled to take place on December 9 and 14.

The hill state, which has largely witnessed a bipolar polity, has had a Congress government for the last five years and there are indications that the BJP might storm to power this time. According to pollsters, a high turnout indicates anti-incumbency.

Except in 1998, the hill state has always given a decisive verdict. That year both Congress and BJP were tied at 31 seats each in the 68-member Assembly.

In the outgoing Assembly, the Congress and the BJP have 35 and 28 MLAs respectively. There are four Independent MLAs while one seat was vacant.

While the Congress and the BJP are contesting all 68 seats, the BSP is contesting 42 seats, the CPI(M) 14, Swabhiman Party and Lok Gathban-dhan Party six each and the CPI 3.

The BJP made corruption its main poll plank, targeting chief minister Virbhadra Singh, while the Congress focussed on the ill effects of demonetisation and hasty implementation of the Goods and Service Tax.

The BJP declared Mr Dhumal as its chief ministerial candidate, a first for the ruling party which usually fights polls on Prime Minister Narendra Modi’s charisma.

The EC recorded 74 per cent voter turnout till 5 PM. The final polling percentage may be revised as some voting figures are yet to be tallied, the Election Commission said at a time when polling was still on in about 500 booths.

Deputy election commissioner Sandeep Saxena said that the previous highest polling percentage of 73.5 was recorded in the 2012 Assembly polls.

A total of 11,283 VVPAT units were used in polling booths across 68 constituencies out of which 297 were replaced, Mr Saxena said, adding this was well within the technical limits.