Officials of Delhi's Power Ministry, BSES and Tata power had reached Singh's residence for a meeting over coal shortage at power plants 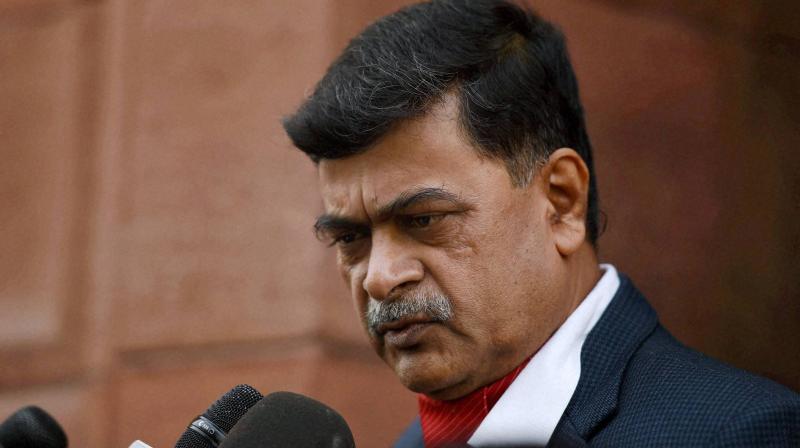 Speaking to ANI Union Power Minister R K Singh said, "The first thing I want to say is that this panic was unnecessarily created without any reason, the panic was created because the CMD of GAIL has sent a message to Bawana gas power plant that it will stop supplying gas after 2 days because their contract was about to expire. I've asked GAIL CMD, who participated in today's meeting, to continue the required supplies and warn both DISCOM CEO and GAIL CMD that such a thing should not repeat and if such irresponsible behaviors happen then we will take action."

Singh reacted sharply to Congress' criticism over the issue and said, "They do not have issues, create any issue so trying to create issues but we are supplying as much power as need and we will continue to do so, there should be no doubt, tell us we give as much power as to where they won't tell me, this is unnecessary politics," R K Singh said.

Singh further attacked the Congress and said, "This Congress party's wind that has gone slowly dying out, they don't have any issue, that's why they create an issue and as far as Kejriwal's question is concerned, they don't even know if there is any problem then know from power Ministry or tell us."

"We have an average coal reserve (at power stations) that can last for more than 4 days. The stock is replenished every day. I am in touch with (Union Minister for Coal and Mines) Pralhad Joshi," Singh told reporters over the power crisis issue.

Earlier today, the officials of Delhi's Power Ministry, BSES and Tata power reached the residence of Union Power Minister RK Singh for a meeting over coal shortage at power plants.

In order to resolve the power crisis in Delhi, Jain said that the government is even ready to buy expensive electricity at present.

"I am personally keeping a close watch over the situation. We are trying our best to avoid it," Kejriwal said in a tweet.

He also wrote a letter to Prime Minister Narendra Modi on Saturday saying that there is a coal shortage situation that has affected the power generation plants supplying power to national capital territory and requested him to intervene in the matter.