India   All India  10 Oct 2020  China Study Group meets ahead of next Corps Commander-level meet on Oct. 12
India, All India

China Study Group meets ahead of next Corps Commander-level meet on Oct. 12

India will again ask China to disengage its troops from all stand-off points in Eastern Ladakh. 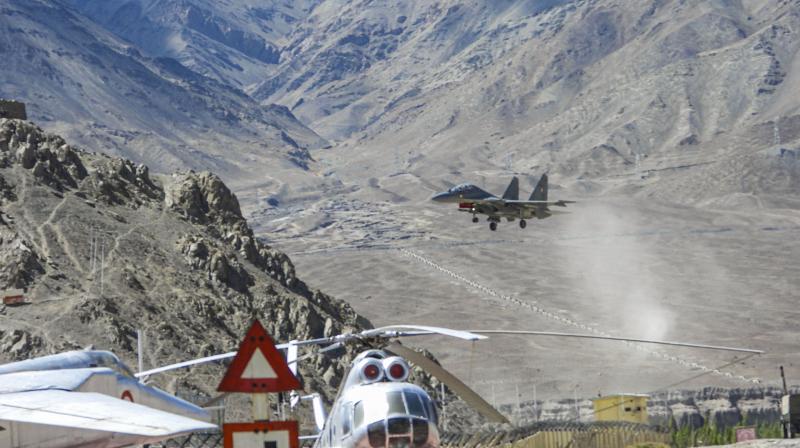 New Delhi: The high-powered China Study Group (CSG) met  on Friday to set the agenda for 7th round of Corps Commanders level meet between India and China on October 12 on stand-off in Eastern Ladakh.

India will again ask China to disengage its troops from all stand-off points in Eastern Ladakh. China Study Group discussed the current security situation along the whole of line of actual control (LAC) and operational issues.

This will be last meeting under 14 Corps Commander Lt Gen Harinder Singh who is all set to take charge as Commandant of the Indian Military Academy (IMA) later this month after completing his one year tenure.

Lt Gen PGK Menon who will be the new 14 Corps Commander will also take part in the meeting on October 12. The representative from the ministry of external affairs joint secretary (East Asia) Naveen Srivastava too is expected to attend the Corps Commanders meeting.

In the last Corps Commanders meeting, both had sides agreed to stop sending more troops to the frontline, refrain from unilaterally changing the situation on the ground, and avoid taking any actions that may complicate the situation.

Since the 6th Corps Commanders meeting, some type of uneasy peace has been maintained at LAC in Ladakh which had witnessed a number of firing incidents for the first time in over four decades.

Both sides are prepared to keep their armies at these high altitude mountains during winters when temperatures dip away below zero degrees and  bone-chilling wind make survival extremely difficult.

During the last meeting, India had asked for complete disengagement from all points in Eastern Ladakh where China has transgressed into Indian Territory including Pangong Tso and Gogra Post-Hot Springs. Chinese army has also been preventing Indian patrols in the Depsang sector.

India had made it clear that since it was China which had first transgressed, it will have to make the first move towards disengagement. India wants restoration of status quo ante of April 2020 at Eastern Ladakh.