Do the digital detox, save your sanity 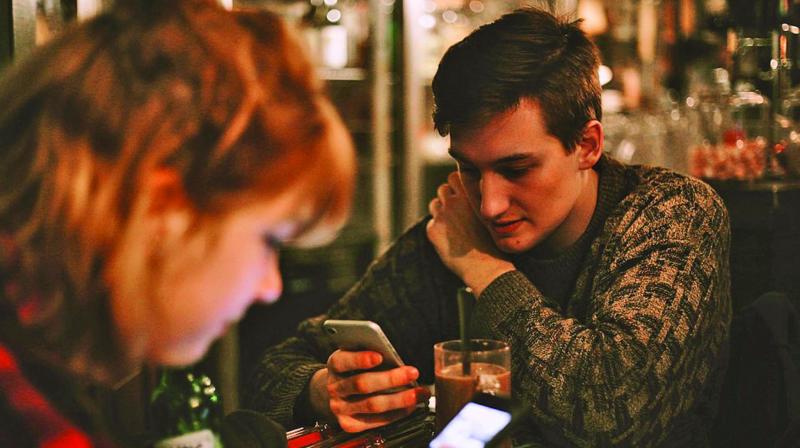 A joke forwarded by a friend actually ended up making me sad the other day. It was an image of a young boy on an iPhone sitting in front of a flat-screen TV, while his parents are sitting at the dinner table waiting for him. Their speech bubble reads, “Son we think you should get some exercise”, the son answers, “Send me the link and I’ll download the App.” Children, I feel are the biggest ‘victims’ of the technology bug, since they have been born into the world of technology where Siri does your chores, Apps help with homework and Google is great for copy-pasting information into your projects. Children spend hours hunched over their devices, whether it is phone or an iPad or a computer and the world outside seem to have stopped existing. Often when I go out these days I see young couples sitting in front of each other, hardly talking, while they are on their phones texting or reading. Once I actually had to get someone’s attention by sending them a WhatApp message even though they were sitting right across me!

At the risk of sounding like a technophobe I want to throw out a few facts: Social media makes us socially anxious because it is an addictive behaviour to spend time on social media. How addictive? Scientists have discovered that being on Facebook and Instagram secretes dopamine into your brain. It is the exact same dopamine that is the equivalent of smoking five to ten cigarettes. Just file that little factoid away the next time you see your kid binging on FB or Snapchat or Insta or Twitterbook or…you get my drift.

It should come as no surprise then that we have begun to rely on the virtual space for likes, and emojis and have forgotten how to interact socially and hardly value it when someone really smiles at us on the street. Hastag culture gives us a fake sense of justice, social media campaigns generate a feel-good factor but nothing really changes on the ground level. When all these feel-good emotions are not pumping up our adrenaline we are left feeling depressed, socially alienated and in some instances even suicidal.

But just to play devil’s advocate, can we do without our virtual space, our Apps, our gizmos and devices? Probably not, hence moderation seems to be the key word. In a bid roll back the addiction, FB and Insta have launched a new setting called Your Time and Your Activity that allows you to monitor the amount of time you spend online. Well it’s something like those statuary warnings one sees on cigarette packets. However some self confessed Insta and FB addicts say that any help they can get is good. On the other side of this debate stands the fact and logic that in spite of these warnings we are still hooked to Facebook.

Chief executive Mark Zuckerberg has lately proclaimed that he’s interested in making sure our time is “well spent.” Yet he has incentive to keep us hooked: Facebook makes more money when we spend more time looking at ads and feeding it more data. There are also plans by Apple and Google to introduce new screen time controls which will be included in updates to iOS and Android coming later this year. More pop ups and warnings can however adversely affect the time spent working on your computer and lead to a data overload.

At this point, I want to share a little personal story about how I discovered my own screen time control. There was a day when my phone died. I was on the road in my car, I did not have any battery or back up, as I had forgotten all my charging devices at home. Without my phone I found myself off Facebook, Insta, Whatsapp, Messenger, Gmail, Snapchat and any other device for over two hours. I found-myself looking out the window at people. I noticed the colour of the sky. I noticed the kids on the street and remembered to hand out my packets of Parle-G to those who were begging at the traffic-lights.

I felt a sense of calm and well-being wash over me. I actually had a long conversation with my driver about his daughter’s upcoming wedding. Well to be perfectly honest I also got suckered into giving him a raise, but that is another matter entirely! What I am trying to say is that I had some real experiences that were not aided by some App or some piece of technology. And when I came back online three hours later, the world had not ended because I was off social media or email. You should try it. Switch your phone off daily for two hours. Just dedicate time to being present in the real world. Talk to people, go for a walk or do some yoga. Listen to music. Read a real physical book. Or just chill out with a nice cup of green tea and watch the birds building a nest! You’ll be surprised how calm you will feel.

My advice to you is to do a daily unplug from the world of virtual reality and feel that sigh of relief spread all over your body. I must warn you that initially you will feel anxious. Like any addiction it produces anxiety when you try to scale it down or go cold turkey. However with perseverance you will find that it becomes easier with time to stay off the gizmos and devices and spend quality time with yourself and subsequently with your family and friends, with nature and with your real surroundings.

I will leave you with the success story of this youngster Vishal Jain, who worked at Social Media. “I stopped using Facebook three years back and have never looked back! I was quite famous on FB having 5k+ friends with 40k+ followers, getting likes and comments in thousands and on one fine day I realized what value is this likes on my pictures bringing me? What value am I providing others by liking there pictures/captions? Nothing!”