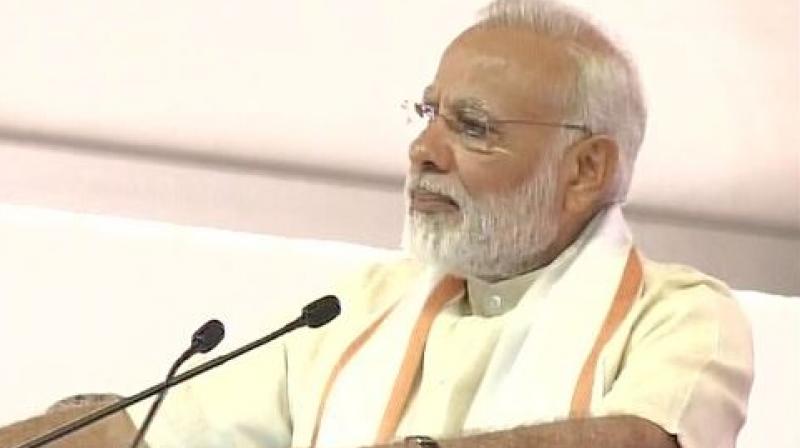 New Delhi: With the Kumbh Mela in Allahabad due to start in January 2019, Prime Minister Narendra Modi has come down heavily on poor mobile service connectivity, especially in sensitive border areas, important pilgrimage centres and fairs. He has directed the telecom ministry to ensure that mobile service providers strengthen their networks in these zones and asked the department to include a provision of starting a rating system for telecom operators, to grade them according to quality of their services.

In a high-level meeting, which he conducted with top officials of the telecom ministry, the Prime Minister directed them to check and stop signals coming from neighbouring countries and also disallow signals reaching there from India, in order to stop strategic information from getting leaked and check espionage, top sources said.

As Lok Sabha elections are just months away, the forthcoming Kumbh Mela which is to be held in the holy city of Allahabad between January 15 to March 4, 2019, is the last major event which would be organised under the NDA Government’s watch.

Considering the religious significance of the event, the Narendra Modi government is keen to ensure a smooth and incident-free organisation of the “mela”. Eager to provide disruption-free connectivity of mobile networks during the event to lakhs of visitors and pilgrims which are expected to turn up for the holy congregation, the Centre does not want to leave any stone unturned.

In the meeting, Mr Modi is learnt to have expressed extreme displeasure on the repeated incidents of call drops and lack of connectivity which are constantly being reported from across the country.

Sources further said that proper mobile connectivity in such areas helps in maintaining uninterrupted communication, ensures greater coordination among security agencies in case of any untoward incident taking place, and also mitigates losses in such situations.

This, sources in the know said, would push telecom operators towards improving their services and rectify problems like call drops and connectivity.