The MEA later put out a statement that the incidents (of sexual harassment) happened when Mr Akbar was not in the government. 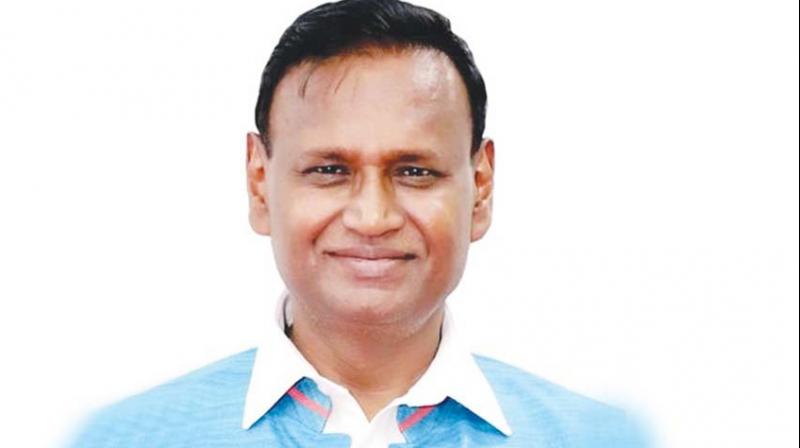 New Delhi: The #MeToo fire, that continued to rage on Tuesday, charred the carefully built reputations of Union minister M.J. Akbar and character actor Alok Nath as more and more women shared their experiences of sexual misconduct, harassment and worse.

Though several women have come out with their stories of sexual harassment at the hands of Mr Akbar, minister of state for external affairs, there was a deafening silence from the government. Even when asked, external affairs minister (EAM) Sushma Swaraj on Tuesday ignored a question on the allegations.

On the sidelines of an event in New Delhi, a woman journalist asked Ms Swaraj as she was walking by, “There are serious allegations… these are sexual harassment allegations. You are a woman minister in charge. Will there be a probe on the allegations?” Ms Swaraj, who was accompanied by her aides, did not acknowledge the question and continued walking.

Mr Akbar, as MoS in the MEA, reports to Ms Swaraj.

The MEA later put out a statement that the incidents (of sexual harassment) happened when Mr Akbar was not in the government.

The allegations against Mr Akbar, a former editor of the Telegraph, Sunday Guardian and this newspaper, have given a handle to the Congress to hit out at the government. Congress spokesperson Manish Tewari said, “This is an extremely sensitive issue. The minister concerned should speak up. Silence cannot be a way out. We want to hear from both the Prime Minister and the minister in question”.

BJP MP Udit Raj, however, courted controversy by by terming the #MeToo movement in India as a “wrong practice”. Claiming that some women took `2 lakh to `4 lakh to level false allegations, he said, “#MeToo campaign is important but what’s the use of blaming somebody of sexual harassment after 10 years. How will the truth be verified in these cases? One wrong blame will ruin the image of the person. It’s the beginning of a wrong practice.”

In a series of outrageous comments, he added, “Men have financial as well as political powers. Men have started avoiding meeting women alone... Be it politicians or officials. Why? There is terror. Therefore it should be on a case-by-case basis. There are many cases which have come to me in which there are women who are habituated to this. They take Rs 2-4 lakh and then they leave. Then they pick up some others. They steal, they blackmail. Aren’t there cases of honey trapping?”

The MP from north-west Delhi added, “I admit that it is in the nature of men, but are women perfect? We should talk about it in the Indian context. I am repeating that if someone has exploited, shoot them.” With fresh cases of sexual harassment coming to light as part of the #MeToo movement, the Editors Guild of India finally woke up and asked media organisations to hold unbiased inquiries into all cases being reported.

However, their “strongly” worded statement sounded like paying lip service as the shenanigans of several top editors was rather well known and yet the institution had not put any system in place for redressal.