The Indian Navy in a statement had said Giri had been discharged under clause ‘Service No Longer Required’ under the force's regulations. 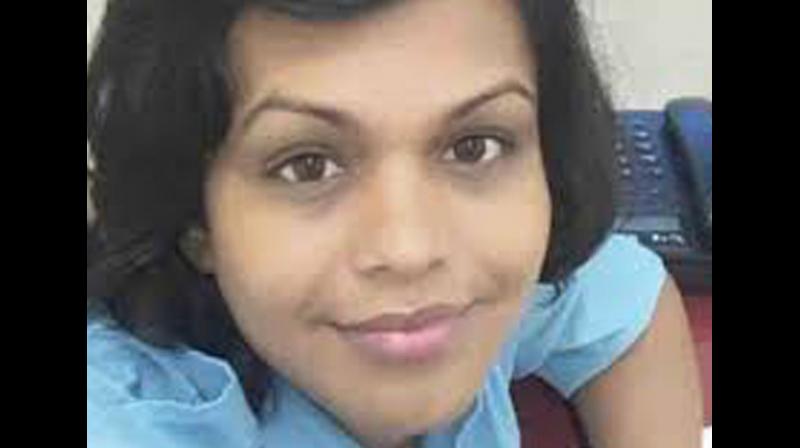 Sabi, who was earlier serving with the marine engineering wing at the Eastern Naval Command here, moved to the administrative wing after sex reassignment surgery. (Photo: ANI | Twitter)

Visakhapatnam: An Indian Navy sailor, who was discharged from service for undergoing a sex change surgery, on Tuesday said she would move the Supreme Court against the decision.

Manish Kumar Giri, who has since changed her name to Sabi, told some TV channels she would fight for justice and also write to Prime Minister Narendra Modi in this regard.

"I remain the same old person with same efficiency. How can they discharge me ... just because I underwent a sex change surgery?" she asked.

"I will move the Supreme Court, if required, to fight for my right," Sabi said, adding she was seeking legal counsel in this regard.

The Indian Navy had, on Monday, in a statement said Giri had been discharged under the clause "Service No Longer Required" under the force's regulations.

"The individual chose to undergo irreversible gender re-assignment on his own accord, whilst on leave wilfully altering his gender status from the one he was recruited for at the time of his induction," it had said.

Sabi, who was earlier serving with the marine engineering wing at the Eastern Naval Command here, moved to the administrative wing after sex reassignment surgery.

The sacked sailor had undergone the surgery in August last year at a hospital in Mumbai while on leave. "I used to work on the ship. After the surgery, I was forced to stay away from the ship and work from the base. It is sad and worrying that I was found unfit to be a sailor just because of sex change," she lamented.

She alleged Navy authorities tried to prove her "mentally unfit".

"They mentally harassed me and kept me in a psychiatric ward for six months. They tried to prove I am mentally unfit but they failed," she claimed.

Sabi, who was diagnosed with gender identity disorder, said she sought help from the naval doctors but was turned away.