Sources said cracks had emerged between the CPI and RJD over the seat-sharing deal during the Lok Sabha polls. 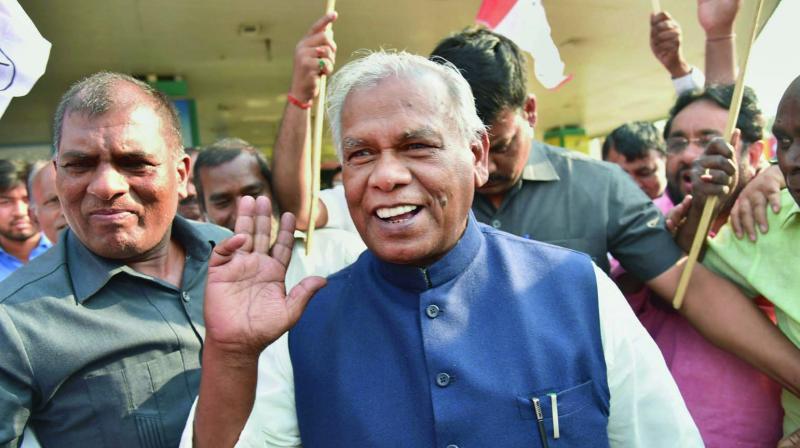 Patna: With Assembly elections just a year away Opposition parties are trying to expand the grand alliance in Bihar.

RLSP chief Upendra Kushwaha said that the grand alliance is planning to organize an event in October where leaders of left parties would also be invited.

“We are hopeful that left parties will join the grand alliance fold before the assembly elections. We have already discussed the issue with the state unit but the final decision will be taken by the central leaders of left parties,” Mr  Kushwaha said.

HAM spokesperson Danish Rizwan said, “If left parties become part of grand alliance then we will be able to give a tough fight to the NDA in Bihar.”

Talking to this newspaper on the issue HAM spokesperson Danish Rizwan said that “if left parties become part of grand alliance then we will be able to give a tough fight to the NDA in Bihar”.

The HAM leader said that the party would also try to convince the RJD about the issue. Sources said cracks had emerged between the CPI and RJD over the seat-sharing deal during the Lok Sabha polls.

The RJD, however, gave only one seat to the CPI-ML (liberation) candidate in Ara parliamentary constituency to stop the division of secular and EBC votes. After the results Jitan Ram Manjhi had criticized the RJD leadership for keeping left parties especially Communist Party of India (CPI) out of the grand alliance during the Lok Sabha polls.

Talking to reporters Mr. Manjhi had said that “The RJD leadership made a mistake by not including CPI into the grand alliance during elections”. Sources claim that he was referring to Tejashwi Yadav who has emerged as a de facto leader of the RJD after his father, Lalu Yadav was sent to jail in connection with fodder scam cases.