India   All India  10 Sep 2019  No tribute to Sheikh Muhammad Abdullah on anniversary
India, All India

No tribute to Sheikh Muhammad Abdullah on anniversary

For first time since 1982, annual day passes off silently in Kashmir. 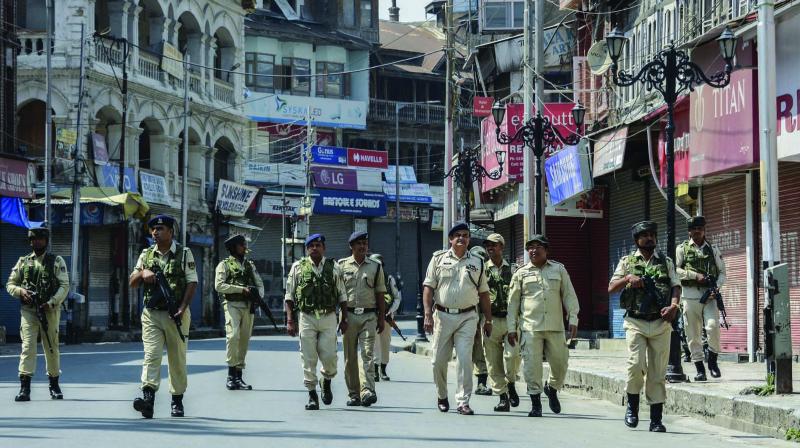 Srinagar: Sheikh Muhammad Abdullah is known in India as the man who became instrumental in bringing Kashmir to it. Back home, he would be, both during his lifetime and after death, openly cursed by his political opponents but hailed by others for his choice. The masses too stood divided on the political eminence of the Sheikh.

The number of those among mainly the Muslims of Jammu and Kashmir who question his wisdom of opting for “secular” India and rejecting Jinnah’s Two-Nation theory has only swelled after the state was stripped of its special status under Article 370 of the Constitution and bifurcated it into two Union Territories in first week of August. Incidentally, the Sheikh had played a key role in ensuring special rights to the people of the state.

It was his 37th death anniversary on Sunday. The day, however, passed off silently and inconspicuously. For the first time since 1982 when the Sheikh died and was buried at picturesque Naseem Bagh with state honours and his mortal remains draped in Tricolour no fateha or prayer was offered at the legendary leader’s grave at Naseem Bagh on the western shore of the Dal Lake nor was any rally held beside it. Also lay buried at this mazaar is the Sheikh’s wife Begum Akbar Jehan.

The Sheikh’s progeny and political successors — Farooq Abdullah and Omar Abdullah — and most other leaders and activists of his National Conference (NC) party remain under detention or have been placed under house arrest.

Traditionally, the NC would organise rallies, blood donation camps and similar events and –when in power- also launch various development projects, inaugurate or lay foundation stones for hospitals, educational institutions, bridges and other  public welfare projects and schemes to pay tribute to the Sheikh. Nothing of the sort happened this time, however.

While a contingent of the J&K police stands guard at the Sheikh’s grave round-the-clock throughout the year, its neighbourhood was placed under strict security restrictions with Concertina barbed wires laid on the road leading to the mazaar on Sunday morning. No one was allowed to even walk up to the Sheikh grave. Former High Court judge and NC’s Member Parliament Justice (retired) Hasnain Masoodi was turned back by the police when he attempted to relocate to the Sheikh’s grave.

Later in a joint statement issued by him and another party lawmaker Muhammad Akbar Lone said “August 5 will remain black day in J&K’s history.

The unilateral and immoral act of backtracking on the constitutional assurance to J&K is same as tribal invasion of Kashmir following the freedom from imperialists in 1947.” The statement added, “The Centre’s act is no less than an aggression...it has branded itself as deceitful.”

However, the NC’s Jammu unit paid rich tributes to the Sheikh and also reportedly held a meeting to commemorate his death anniversary.

Earlier, J&K Governor Satya Pal Malik had in a statement recalled the “notable contributions” of the Sheikh on his death anniversary. He referred to the crucial land reforms pioneered by the Sheikh which, he said, laid the foundation of equitable development of the State, and the high priority which he had devoted to the establishment of health and education facilities.

The Governor observed that best tribute which could be paid to the Sheikh would be for the people to work with missionary zeal for strengthening J&K’s “deep-rooted secular traditions and the bonds of communal harmony, brotherhood and amenity, for ensuring peace, progress and prosperity.”