The EAM mentioned one-sided trade policies by China and cast doubts over the progress of negotiations for a pan-Asian free trade deal. 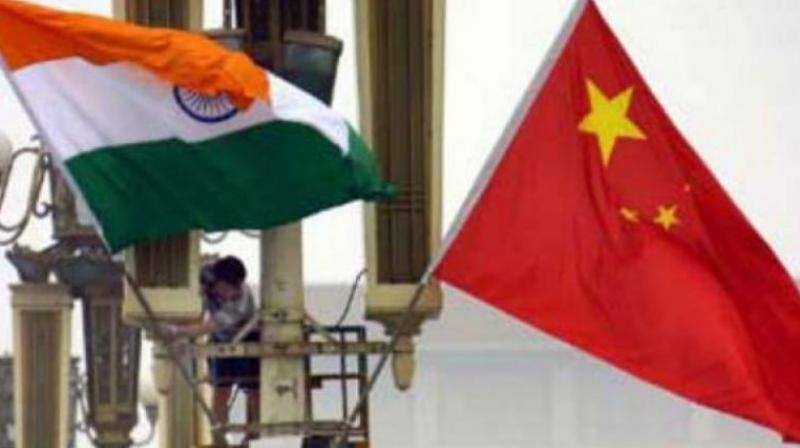 India’s trade deficit with China was $53.6bn in fiscal year ended March 2019. The 2 nations are set to identify and focus on non-tariff barriers.

New Delhi: Even as external affairs minister (EAM) S. Jaishankar reportedly criticised China over its policy trade on Monday at a conference in Singapore, the two countries ironically held their strategic economic dialogue in New Delhi the same day. Niti Aayog vice-chairman Rajiv Kumar who represented India at the dialogue in New Delhi said the past five years in the Indian economy were one of “consolidation”, where flagship schemes of the Indian government focused on an “inclusive economy” and the “last person in the line”. But he said the next five years would have to see “accelerated growth”.

According to website reports from Singapore, meanwhile, Mr Jaishankar was quoted as saying, “The big concerns of India are of course, one, its relationship with China because we have an enormous trade deficit with China.” According to reports, the EAM mentioned one-sided trade policies by China and cast doubts over the progress of negotiations for a pan-Asian free trade agreement.

He reportedly said India remained sceptical over “unfair” market access and “Chinese protectionist policies” that have created a significant trade deficit between the two nations. India’s trade deficit with China was reportedly $53.6 billion in the fiscal year ended March 2019.

Form the Chinese side, He Lifeng, vice-chairman of the Chinese People’s Political Consultative Conference and chairman of the Chinese National Development and Reform Commission, was among the prominent functionaries from his country who participated in the Strategic Economic Dialogue in New Delhi. The two countries are set to identify and focus on non-tariff barriers and work on mutual trust.

Despite what Mr Jaishankar said in Singapore, the Niti Aayog vice-chairman chose to paint a positive picture, saying at a conference on Monday evening that India and China would “stand as a bulwark against protectionism” and that the two countries would “provide a strong stable direction” in what could become a “defining relationship” between the two nations.

Meanwhile, CEO of (Chinese telecom giant) Huawei India Chen Mingjie said at the conference in New Delhi there was “strict compliance” of cyber security and management systems by his company.

It may be recalled that China earlier had offered to allay the concerns of the Indian security  over Chinese telecom giant Huawei on the new 5G technology by offering New Delhi the option of tests at the new Huawei Cyber Security Transparency Centre that was inaugurated in March this year at the Belgian capital Brussels.

On American concerns about Chinese telecom giant Huawei’s links with Beijing and how India was looking at the issue, it may be recalled that the Ministry of External Affairs (MEA) had said a few months ago that New Delhi would take a decision based on Indian “economic and security interests” and that the matter is being “debated” across the world. India is expected to take a decision on whether Huawei and its Chinese links poses any threat to Indian security and strategic interests. New Delhi’s decision—whenever it is announced—could affect both its relations with China and the US which sees India as a close strategic partner. Significantly, the Union Telecom Ministry is expected to take the final decision and the MEA has already given its inputs to it.