In the video, the Congress minister was seen sitting among children and heard narrating some recent incident of interaction with students. 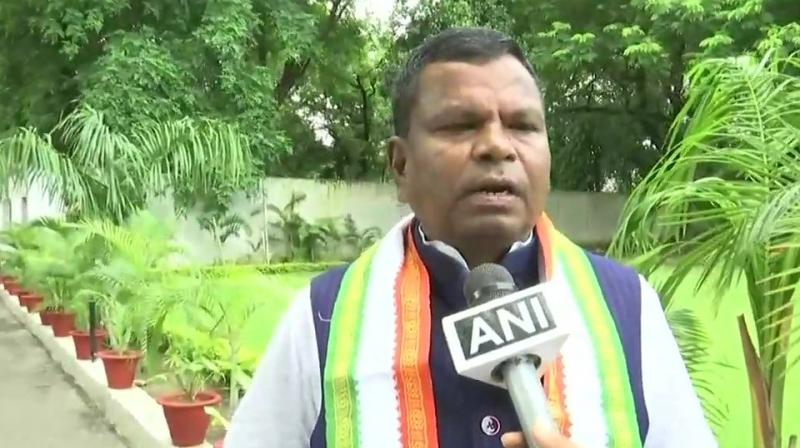 Commercial Tax (Excise) and Industry Minister Kawasi Lakhma had reportedly made the remark during Teachers' Day celebration on September 5 in a government school in Sukma district headquarter of the state. (Photo: ANI | Twitter)

Raipur: A Chhattisgarh minister courted controversy after a video of him, in which he was heard purportedly saying he had advised a boy to "hold the collar of SP and collector to become a big politician", surfaced on Monday.

Commercial Tax (Excise) and Industry Minister Kawasi Lakhma had reportedly made the remark during Teachers' Day celebration on September 5 in a government school in Sukma district headquarter of the state.

In the video, the Congress minister was seen sitting among schoolchildren and heard narrating some recent incident of interaction with students. Lakhma was heard saying to some people who were not in the frame, that once he was asked by a student how he become a "big leader".

#WATCH Sukma: Chhattisgarh Minister Kawasi Lakhma says, "A student asked me ''you have become a big leader. How did you do that? What should I do?' I told him grab the Collector and SP by their collars, then you will become a leader." (05.09.2019) pic.twitter.com/lVLr1oCKTZ

"The boy asked me `how I became a big politician and what he had to do (to become a political leader)'. I told him to hold the collar of SP (superintendent of police) or (district) collector, he was heard saying in the video. Students and others were seen laughing after his comment.

However, when contacted, Lakhma claimed he had been "misquoted" and had never mentioned about holding the "collar of SP or collector".

"I visit schools and ashrams to meet students and ask them what they aspire to become. Once when a student asked me what he should do to become a leader like me, I told him to study well and then fight for the public cause on the street and do hard struggle. The statement of holding the collar of SP and collector, which being shown, is fake. I told him to struggle hard to become a leader,” Lakhma told PTI over the phone.

The video was shared by former minister and BJP MLA Ajay Chandrakar on Twitter who sarcastically wrote congratulations to Bhupesh Baghel.