Senthil had resigned from the IAS telling 'friends' in a letter that 'fundamental building blocks of democracy are being compromised'. 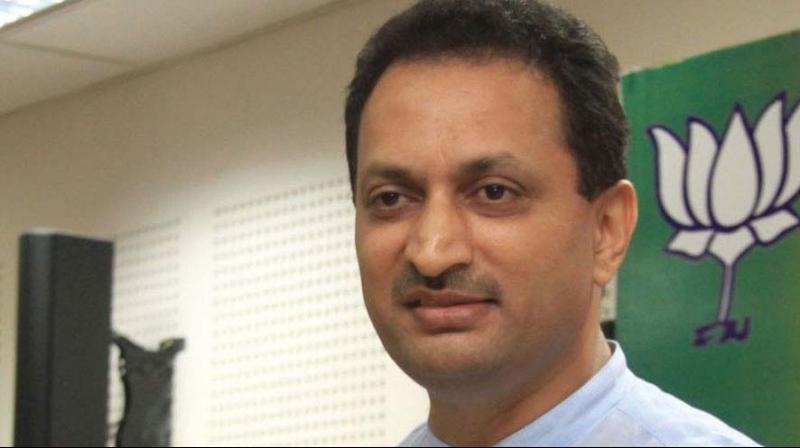 The resignation took a political hue with Congress leaders such as former union minister Mallikarjun Kharge and MLC Ivan D'Souza alleging that the statement reflected on the present state of affairs in India. (Photo: File)

Bengaluru: BJP leader Anantkumar Hegde, known for making contversial remarks, has dubbed as an "act of arrogance" the resignation by Karnataka IAS officer Sasikanth Senthil after criticising the union government, and asked him to go to Pakistan.

In a video message on Twitter, the former union minister said there cannot be any "act of treason" bigger than an IAS officer questioning the decision taken by the Centre and the Parliament on a majority basis.

Senthil had resigned from the Indian Administrative Services on September 6, telling 'friends' in a letter that the "fundamental building blocks of democracy are being compromised in an unprecedented manner."

The resignation took a political hue with Congress leaders such as former union minister Mallikarjun Kharge and MLC Ivan D'Souza alleging that the statement reflected on the present state of affairs in India.

Hitting out at Senthil, Hegde said, "The first thing he should do is go to Pakistan along with those who support his move. This is quite an easy task and a permanent solution too.

Instead of destroying the country, he should go there and continue his struggle against the country and government."

The BJP MP claimed that Senthil's resignation was not a small issue but an "act of arrogance" and "incivility" as he has questioned the decision taken by the government on a majority basis.

"The government should immediately initiate action against him. The Governor has the power and people too expect the same (action)," he said.

"If this guy can conclude that the Union Government is fascist; then we have the liberty to call him another paid #Gaddar, dancing to the tunes set by his real paymasters! This may be the debate he wants to initiate!" Hegde said in a series of tweets.

Reacting to Hegde's tweets, Senthil said the statement itself exposed the BJP leader.

"He (Hegde) is asking me to go to Pakistan. His statement itself exposes him. If he can ask me this question, then you can guess what will happen to the general masses tomorrow," Senthil said.