The official added that 2018-19 was the best year in terms of safety performance with 59 accidents and till September 6, 2019 there were 31 accidents. 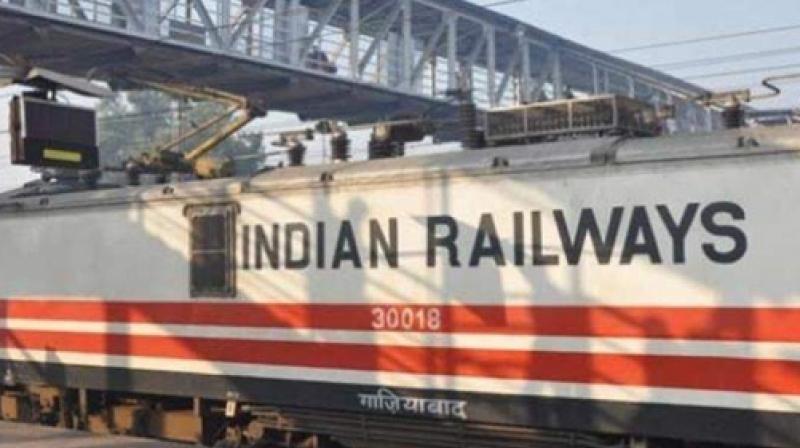 Railways is also happy over its punctuality rate which it claims has increased to 73 per cent this year till now, compared to 66 per cent last year (same period).

New Delhi: Zero fatality of passengers and punctuality were among the biggest achievements of Railways in the first 100 days of the NDA government, claimed officials.

For the coming days the Railways has set ambitious target of dedicated freight, passenger corridors and privatisation apart from improving facilities and safety.

“Safety gets top priority. There was no passenger fatality during the Railway accidents,” said chairman of railway board (CRB) Vinod Kumar Yadav. He mentioned elimination of all unmanned crossings as one of the biggest reason for this success saying “a lot fatalities happen at this point.”

Mr Yadav mentioned that in the coming days the Railways will eliminate all manned level crossings (MLC). “Between April to August we have removed 534 MLCs compared to 167 last year and the government is now moving to remove 2565 man level crossings in the country,” he said.

The official added that 2018-19 was the best year in terms of safety performance with 59 accidents and till September 6, 2019 there were 31 accidents.

He added that switching over from integral coach factory (ICF) to safer linke hofmann busch (LHB) coach production was another reason behind the zero fatalities.

“LHB coaches are being used to reduce fatalities. It has been decided that no ICF coaches will be produced and coaches in 65 trains have been replaced with LHB between April and August,” Mr Yadav said. He further said that Railways is using ICT for track maintenance that has reduced rail fracture substantially bringing down accidents.

Railways is also happy over its punctuality rate which it claims has increased to 73 per cent this year till now, compared to 66 per cent last year (same period).

The officials said that apart from less number of trains being late this year, the duration for which the trains have been late has also come down significantly. Better asset maintenance, monitoring of late start of trains, adherence to time tables and balancing between block requirements for safety works and infrastructure creation, freight and passenger train running were some of the steps taken to improve punctuality.

Mr Yadav said that the focus in the upcoming days will be on infrastructure building to create capacity, reduce congestions and improve mobility of trains.

In this regard the CRB chief said that Delhi-Mumbai and Delhi-Howrah dedicated freight and passenger corridors are being readied to reduce travel time. The approval for raising of speed on New Delhi-Mumbai and New Delhi-Howrah routes to 160 kmph was obtained on August 5 and the project will be implemented by 2022-23. “This will increase average speed of passenger trains by 60 per cent and journeys by Rajdhani trains will become fully overnight,” Mr Yadav said.

He added that to include private train operations, Railway needs a long term vision and dedicated corridors. “Indian Railways will run trains for some time but at some point of time private sector has to be come like in aviation. All over the world private train operators are working. We too are working on that. A lot of companies have shown interest. We are preparing documents for bidding etc,” Mr Yadav said.

While explaining the concept, the CRB chief said that even with privatization the tracks, the locos and the drivers will be of Indian Railways the services and facilities will be by private parties.

To improve catering and food facilities, one of the biggest area of complaint for passengers, Railways will soon start e-catering services where passengers can order food online that will be delivered to them at stations. In addition to this CCTV cameras have been set up in 44 out of 46 base kitchen to monitor quality and for live monitoring of IRCTC kitchens. Food packets with QR codes have been linked to live kitchen feed

Mr Yadav said that in the coming days CCTVs will be put up in all Railway stations and mail trains. Already Railway commandos have been deployed in crucial routes. From October 2, the Railways will move to cut down single use plastic and all water bottles will be recycled.