2 sentenced to death, another gets life term in 2007 Hyderabad twin blasts 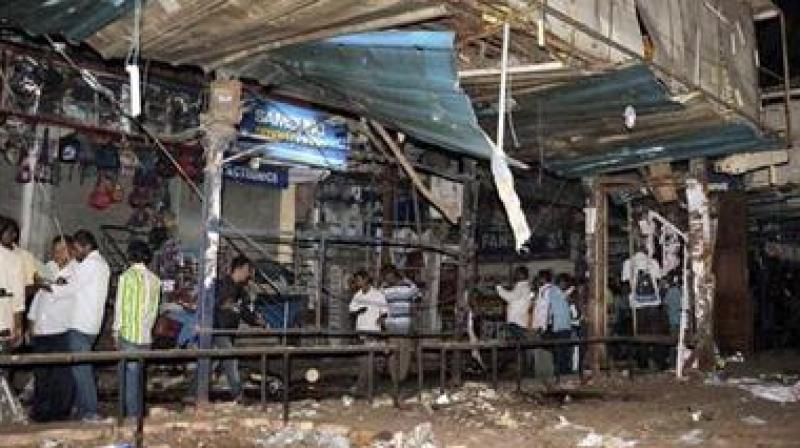 Hyderabad: A local court in Hyderabad on Monday sentenced to death two convicts – Aneeq Sayeed and Ismail Chowdhari – in the 2007 Hyderabad twin blasts case. A third convict, Tariq Anjum, was sentenced to life imprisonment by a special NIA court.

Earlier on Monday, the metropolitan court Tarik Anjum who was accused of harbouring perpetrators of the 2007 Hyderabad blasts in New Delhi and other places.

Aneeq Shafique Sayeed and Mohammed Akbar Ismail Chowdhari were found guilty for their role in the blasts where two powerful explosions ripped through a popular eatery and an open air theatre, killing 44 people and wounding 68.

However, two other accused Farooq Sharfuddin Tarkash and Mohammed Sadiq Israr Ahmed Shaik were acquitted for want of enough evidence in the 11-year-old case.

Reacting to the verdict, Gandam Gurumurthy, lawyer for Aneek Sayeed, said, “This is a very weak judgement. We will appeal in the High Court against this.”

Two synchronised blasts at Gokul Chaat, a popular eatery, killed 32 people and left 47 injured, and an open air theatre in Lumbini Park close to the state secretariat where 12 people died and 21 wounded.

Three other accused named in the charge sheets including 'Indian Mujahideen' founder Riyaz Bhatkal, his brother Iqbal, and Amir Reza Khan are absconding.

The trial against five accused in the case was shifted to a court hall located on the premises of Cherlapalli Central Prison from a court located in Nampally Court complex in June this year.