A section of Congress leaders are concerned about Gandhi’s frequent foreign visits when the focus should be on the crucial Assembly elections. 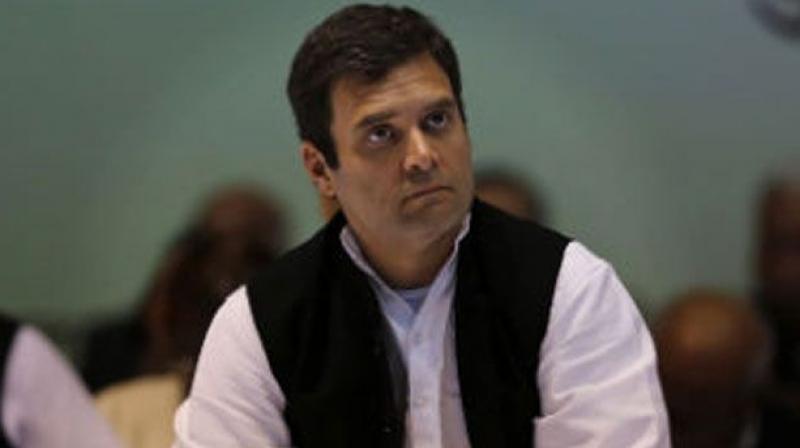 New Delhi: As the Congress struggles to keep itself relevant in the national political scenario, party vice-president Rahul Gandhi continues with his foreign trips. After Oslo, where Mr Gandhi had gone to discuss “clean energy” and “climate change”, he will now be flying to New York to address the Overseas Congress.

In three months this would be his third visit abroad. At a time when the Congress stares at a tough fight on the domestic front, with the BJP rapidly gaining in election-bound states like Himachal Pradesh and Gujarat, Mr Gandhi will be wooing the Indian diaspora in New York.

The Indian National Overseas Congress, headed by technocrat Sam Pitroda, is part of the Indian National Congress. Its agenda is to propagate views of the party amongst the Indian diaspora. A gala reception has been organised for Mr Gandhi at the Marquis Marriott Hotel in Times Square.

A section of Congress leaders are concerned about Mr Gandhi’s frequent foreign visits when the focus should be on the crucial Assembly elections.

It may be recalled that when the farmer agitation was going on in Mandsaur, Madhya Pradesh, Mr Gandhi visited the region for a day and then took off to spend his birthday with his ailing grandmother in Europe. He was also missing in action and reportedly spending time in Europe when the exercise to field candidates for presidential and vice presidential elections was on. It was left to his mother and Congress president Sonia Gandhi to hold parleys with the Opposition for consensus candidates, sources said.

A Congress leader not willing to be named said, “There is no issue if a leader takes breaks, but Mr Gandhi’s timings to take off do create a poor image among the party cadres.”

Ms Dev, a first-time Lok Sabha MP, has become a face of the Congress in the Lower House. Daughter of former Union minister Santosh Mohan Dev, Ms Dev is also part of the media strategy group.  She is considered close to the Congress vice-president. Recently Ms Dev had started a campaign called “Tax Free Wings” — a petition to the finance minister to remove GST on sanitary napkins.

Mr Prakash is also expected to be dropped as the general secretary in-charge of Maharashtra. Congress sources said that there have been complaints against Mr Prakash from leaders in Madhya Pradesh and Maharashtra. Gurudas Kamat, former Union minister and ex-MP from Mumbai, had openly said that he and Mr Prakash were “not on talking terms”.

Changes are also expected in the Madhya Pradesh state unit next week. Presently former Union minister Arun Yadav is the state chief. He is expected to be replaced by the Lok Sabha MP and senior leader Kamal Nath. The name of Mr Kamal Nath has been in the pipeline for long but insiders now claim that the official announcement can be made any day.