Sources said Jayanthi Natarajan, who quit the Congress in 2015, is abroad and will return “very shortly”. 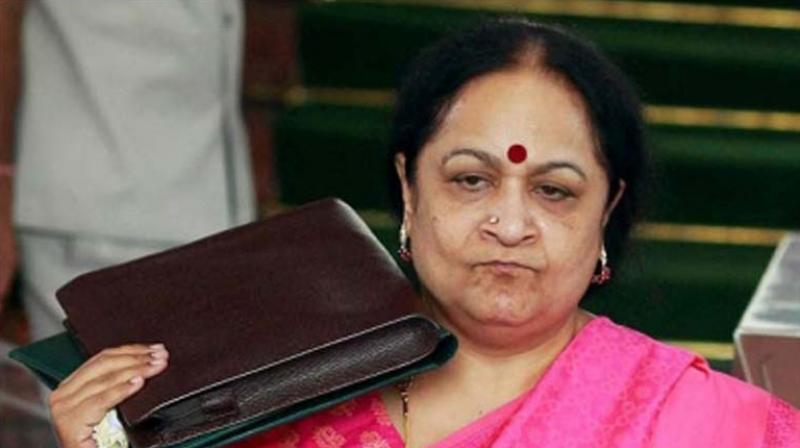 New Delhi/Chennai: The CBI on Saturday conducted searches at the residence of former environment minister Jayanthi Natarajan after registering a case of corruption against her.

Ms Natarajan has been accused of abuse of power and conspiracy for approving diversion of forest land for a mining project in Jharkhand in 2012 as minister of state for environment and forests.

The CBI has registered an FIR against Ms Natarajan for the alleged violation of the Forest (Conservation) Act. Umang Kejriwal, the then managing director of the Sundergarh, Odisha, based mining firm Electrosteel Casting Limited (ECL), the company and some unidentified persons have also been named in the FIR.

Ms Natarajan (63) was environment minister between 2011 and 2013 in the Manmohan Singh government when she sanctioned the project for mining of iron and manganese inside the core zone of Singhbum Elephant Reserve.

Sources said Ms Natarajan, who quit the Congress in 2015, is abroad and will return “very shortly”.

She is not with any political party at the moment. The agency sleuths conducted searches at five places, including the premises of the former minister in Chennai, Delhi, Kolkata and the company’s office in Sundergarh.

“Jayanthi Natarajan, the then minister of state for environment and forests accorded the approval for diversion of 55.79 hectares of forest land for non-forestry use to ECL, though the same had been rejected by the earlier minister of state,” the CBI alleged in its FIR.

It said this approval had been accorded without adhering to the advice of director general forests and directions of Supreme Court in this regard.

Jairam Ramesh was her predecessor and had firmly rejected the mining proposal and even cancelled the earlier mining approvals falling within the elephant reserve.

The CBI recovered several incriminating documents during its searches, sources said, adding that “after scrutiny of the seized documents, the CBI will issue summons to the accused for questioning”.

“The agency will also seek clarifications from Jharkhand government in connection with the case”, sources said.