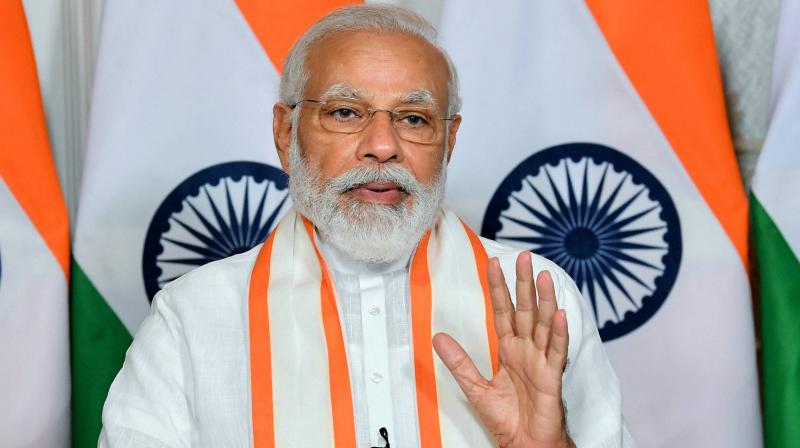 New Delhi: Prime Minister Narendra Modi on Monday inaugurated the first ever undersea optical fibre cable project for Andaman and Nicobar Islands which will provide high speed broadband connections in the union territory at par with services in the mainland.

Modi said that the role of Andaman and Nicobar Islands is very crucial and it is going to be enhanced further under India's Act-East policy.

"The Indian Ocean has been the centre of India's trade and strategic prowess for thousands of years. Now that India is following the new policy and practice of trade and cooperation in Indo-Pacific, the importance of our islands including Andaman and Nicobar has increased further," the Prime Minister said.

"Under the Act-East policy, Andaman and Nicobar's role in India's strong relations with East Asian countries and other countries associated with the sea is crucial and it is going to increase," he said.

"Today, when India is moving forward with the resolve of self-sufficiency as a global manufacturing hub, is establishing itself as an important player in the global supply and value chain then it is very important to strengthen our network of Waterways and our ports," he said.

"From Chennai to Port Blair, Port Blair to Little Andaman and Port Blair to Swaraj Dweep, this service has started in large part of Andaman Nicobar from today," Modi said after inaugurating the project.