Crops spread over 21,901.71 hectares across 758 villages in the district have been damaged due to heavy rains affecting 32,433 farmers. 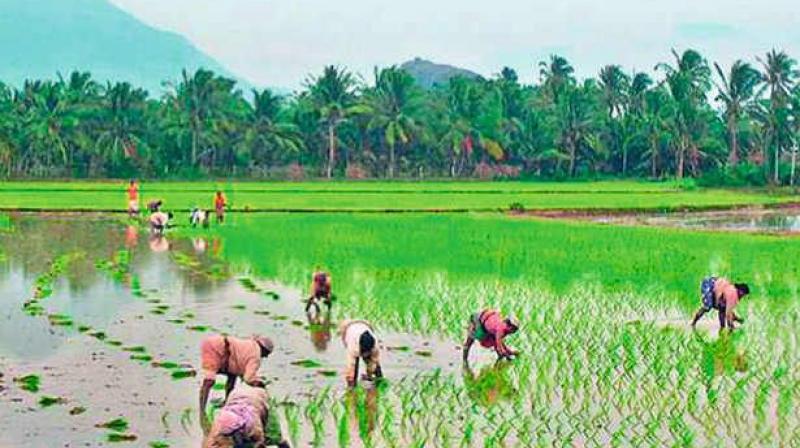 Nashik: Incessant rains in most parts of Nashik district over the last few days have caused large-scale damage to crops across 11 talukas, officials said on Saturday.

Crops spread over 21,901.71 hectares of land across 758 villages in the district have been damaged due to heavy rains, which affected total 32,433 farmers, officials from the Collector office said.

The tribal-dominated Igatpuri taluka was the worst hit as crops on 10,349 hectares of land spread over 126 villages were damaged. The taluka recorded 3,832 mm rainfall from June 1 to August 10, they said.

A total of 9,390 farmers were affected due to the crop loss in Igatpuri taluka. In Niphad taluka, crops spread over an area of 6,217 hectares across 49 villages got damaged, affecting 13,500 farmers, while in Nashik taluka, crops on 2,573 hectares area were affected in 88 villages, they said.

Similarly, crops were affected in the talukas of Peint, Trimbakeshwar, Devla, Baglan, Dindori, Surgana, Sinnar and Kalwan, they added.

Following incessant rains in the district, water storage in 22 of the total 24 reservoirs has risen to 79 per cent, officials said.

Following incessant rains in the catchment areas in Trimbakeshwar taluka, 5,104 cusec water was being released from Gangapur dam into the Godavari river from Friday, irrigation officials said.

The water level of the Godavari has risen, but it is flowing within its banks, they said.

Gangapur and Darna dams were filled up 91 per cent and 89 per cent, respectively, officials have said.