Gujarat has been witnessing incessant rainfall during this season which led to flood-like situation in several districts. 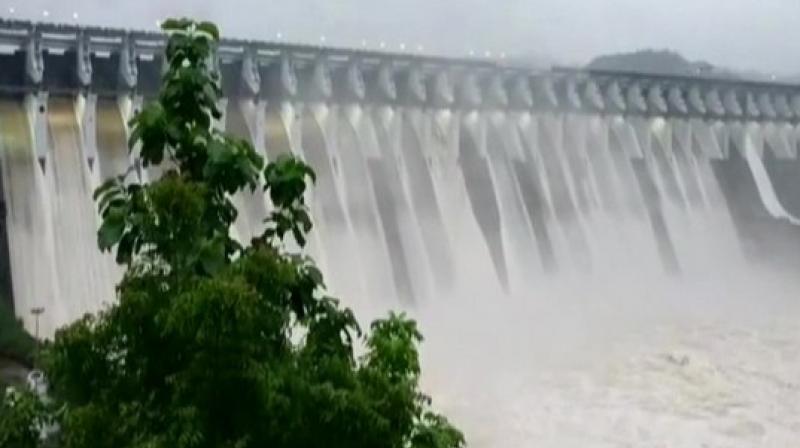 Gandhinagar: The Gujarat government on Friday opened the gates of Sardar Sarovar Dam for the first time after its installation as the water levels reached an all-time high of 131 metres.

"Amidst the chants of 'Narmade Sarvade', CM Vijay Rupani welcomed the Narmada water overflowing from the Sardar Sarovar Dam this morning after the gates of the dam were opened for the first time after installation in order to maintain the permitted water level of 131-meter," tweeted Chief Minister's Office Gujarat.

Gujarat has been witnessing incessant rainfall during this season which led to flood-like situation in several districts.

"Concerned about the rising level of Narmada in Bharuch district. I urge the district administration to take all necessary precaution. I also appeal to Congress workers to extend all possible support to the local authorities," he tweeted.