A case has been registered against the former BJP leader under sections 376 and 506 of the Indian Penal Code. 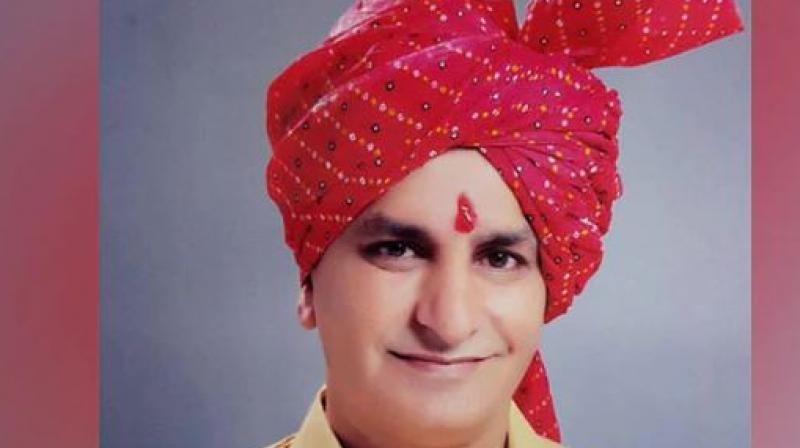 According to IANS, the victim approached police on Thursday following which an FIR was registered against Shokeen. (Photo: Twitter)

New Delhi: The Delhi Police have filed a case against former BJP MLA Manoj Shokeen from Nangloi for allegedly raping and threatening his daughter-in-law at gunpoint on the intervening night of December 31, 2018 and January 1, police said on Thursday.

According to IANS, the victim approached police on Thursday following which an FIR was registered against Shokeen.

According to the police, the victim in her complaint has alleged that on December 31, 2018, she left her maternal home along with her husband, brother, and a cousin and went to her in-laws home in Meera Bagh area.

But instead of taking her to their house, her husband took her to a hotel in Paschim Vihar area.

The FIR read: "When we reached the hotel, some of my relatives were already present there to celebrate New Year's Eve. After the party, we went to my in-laws house at Meera Bagh at around 12.30 am on January 1. My husband went out with his friends while I went to sleep.”

She further claimed that around 1:30 am her father-in-law asked her to open the door as he wanted to talk to her. After he entered the room, he started touching her inappropriately.

“When I asked him to go, he took out his gun, slapped me and threatened to kill my brother when I tried to raise an alarm. He then overpowered me and raped me. Initially in order to save the marriage and my brother, I stopped myself from filing a complaint against him," the FIR added.

The victim also mentioned that she had previously filed a domestic violence case in December 2018 against her in-laws at the Crime Against Women (CAW) cell.

A case has been registered against the former BJP leader under sections 376 and 506 of the Indian Penal Code.