India   All India  10 Aug 2018  US issues advisory, asks its citizens not to visit flood-hit Kerala
India, All India

US issues advisory, asks its citizens not to visit flood-hit Kerala

'Avoid all areas throughout Kerala affected by landslides and flash floods,' US advisory read. 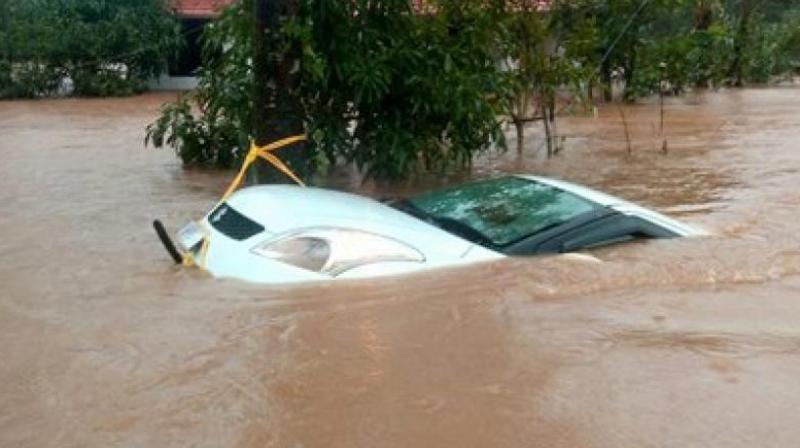 A car is seen submerged in flood water after heavy rainfall, at Vythiri in Wayanad district of Kerala. (Photo: PTI)

New Delhi: The United States on Friday issued an advisory, asking its citizens not to visit Kerala because of the flash floods in the state.

At least 26 people have died in Kerala due to incessant rainfall and flooding in the past two days.

With water levels rising in various dams and reaching almost their maximum capacity, shutters of at least 22 reservoirs in Kerala have been opened to drain out excess water.

Heavy rains for the past two days and release of water from the Idamalayar dam on Thursday, resulted into flooding in low-lying areas in the northern districts of Kerala.

The flood water also triggered landslides at some places.