Born in UP’s Balia, Harivansh, 62, did his diploma in journalism from BHU to become editor of Hindi daily, Prabhat Khabar. 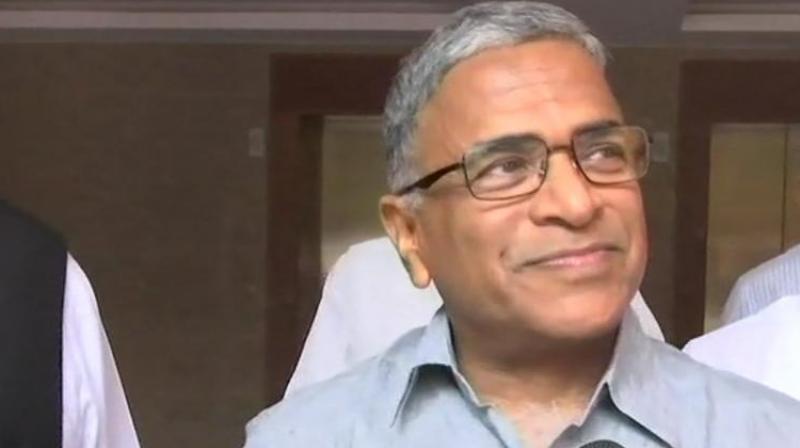 New Delhi: The ruling NDA comfortably elected journalist-turned politician Harivansh of the JD(U) as Rajya Sabha deputy chairman on Thursday, beating Congress nominee B.K. Hariprasad in an election that was seen as a test for Opposition unity ahead of the 2019 Lok Sabha polls.

In a major boost for the BJP-led National Democratic Alliance, its candidate Harivansh, a 62-year-old first-time MP from Nitish Kumar’s party, bagged 125 votes against the 105 polled by the Opposition nominee.

The post had been lying vacant since the retirement of Congress’ P.J. Kurien on July 1.

Mr Harivansh was congratulated by the entire House, including Prime Minister Narendra Modi, who in a lighter vein, said: “Sab kuch ‘Hari bharose’. Aur mujhe vishwas hai ke sabhi, idhar ho ya udhar, sabhi sansadon per Hari kripa bani rahegi” (Everything is now in the hands of Hari, or God. And I am confident that every member, whether on this side or that side, will have his mercy).

Leader of the House Arun Jaitley, who was in Parliament on Thursday, also congratulated Mr Harivansh as did Leader of the Opposition Ghulam Nabi Azad. In his speech, Mr Harivansh said it would be his endeavour to uphold the dignity of the Upper House and expressed the hope that differences would be ironed out through constructive debates, consensus and guidance.

While the NDA was present in full strength, there were as many as 14 people who were absent from the House. As many as 232 members out of an effective strength of 244 voted, thereby reducing the majority mark to 117.

The NDA got the support of fence-sitters like the Biju Janata Dal (9), the Telangana Rashtra Samithi (6) and the AIADMK (13). Two members each of the Congress, TMC, DMK and one from the Samajwadi Party were absent from the House during the voting. The PDP and AAP, which have two and three members respectively, did not participate in the voting, sources in the Rajya Sabha secretariat said. Two members of the YSR Congress also abstained from the voting.

The voting had to be carried out for a second time as some members pointed out mistakes in the first polling. The result displayed for the first voting was “122 ayes, 98 noes, 2 abstain. Total: 222”. However, the final vote count was 125 votes in favour of Mr Harivansh, and 105 for Mr Hariprasad, along with two abstentions.

Speaking after his election, Mr Harivansh exuded confidence that all members would work together and imbibe the principles of Mahatma Gandhi and Jayaprakash Narayan to ensure a smooth run of the House.

He hails from the same village in the Ballia-Saran region on the Uttar Pradesh-Bihar border where Jayaprakash Narayan, a socialist leader and anti-Emergency crusader, was born.

“I got this opportunity to be here... I am frightened, surrounded by so many experienced people, but this is my strength too as you all will guide me and I assure you I will run the House in a fair and decent manner,” said Mr Harivansh, who is known to keep a low profile and is considered close to Bihar CM Nitish Kumar.