According to IMD, thunderstorms accompanied by gusty winds are likely to affect Idukki, Pathanamthitta and Wayanad districts. 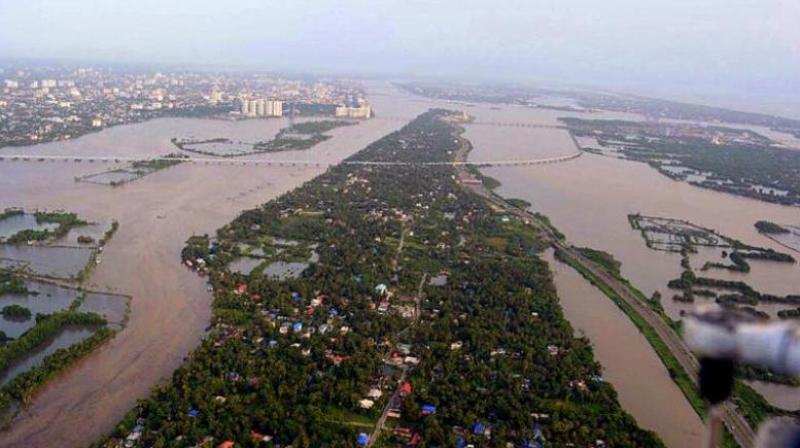 Kochi: The flood situation is turning grim in Kerala which has been witnessing incessant rain for the last few days. With downpour continuing unabated, two more shutters of the Cheruthoni Dam, part of the Idukki Reservoir, were opened on Friday as the water level touched 2,401 feet.

A third red alert was issued after a shutter of the Cheruthoni Dam was opened for the first time in the last 26 years on Thursday. Two more were opened at 7 am on Friday. 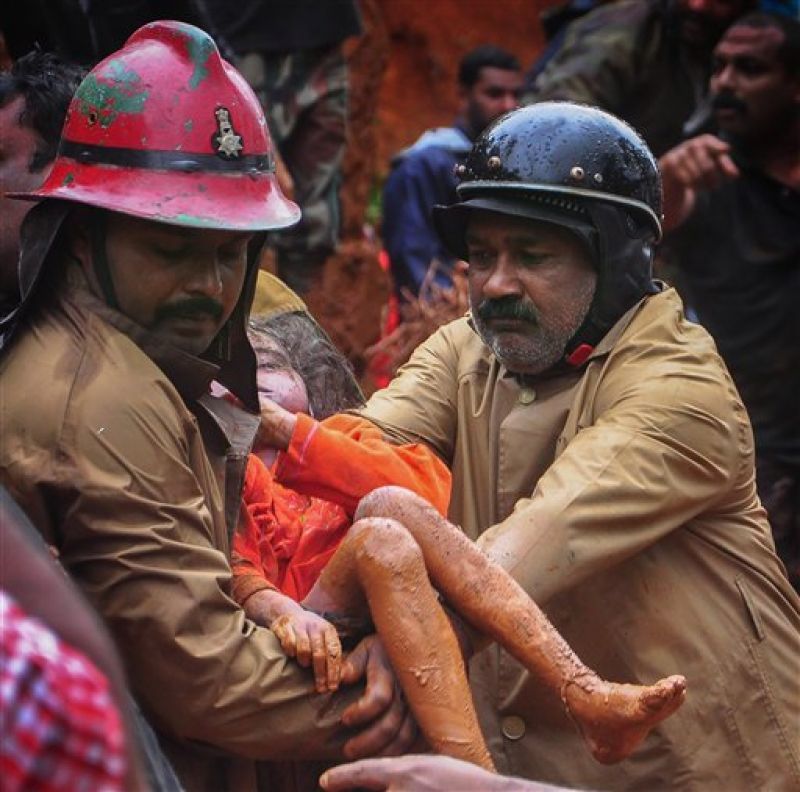 According to Indian Meteorological Department (IMD) bulletin at 8 am, thunderstorms accompanied by gusty winds are likely to affect Idukki, Pathanamthitta and Wayanad districts.

Dramatic visuals of people being washed away in Kaniyambatta in #Wayanad #Kerala. People formed a human chain and tried to rescue them. The hilly districts of #Wayanad and #Idukky are been completely inundated with red alerts issued in both districts. #KeralaFloods #KeralaRains pic.twitter.com/VEfqy32Aum

The South-west monsoon has been vigorous over Kerala resulting in heavy rains in various parts of the state since the past two days. So far, 26 people have been killed, including 11 in high range Idukki in landslips on Thursday as rain continued to pound the southern state. 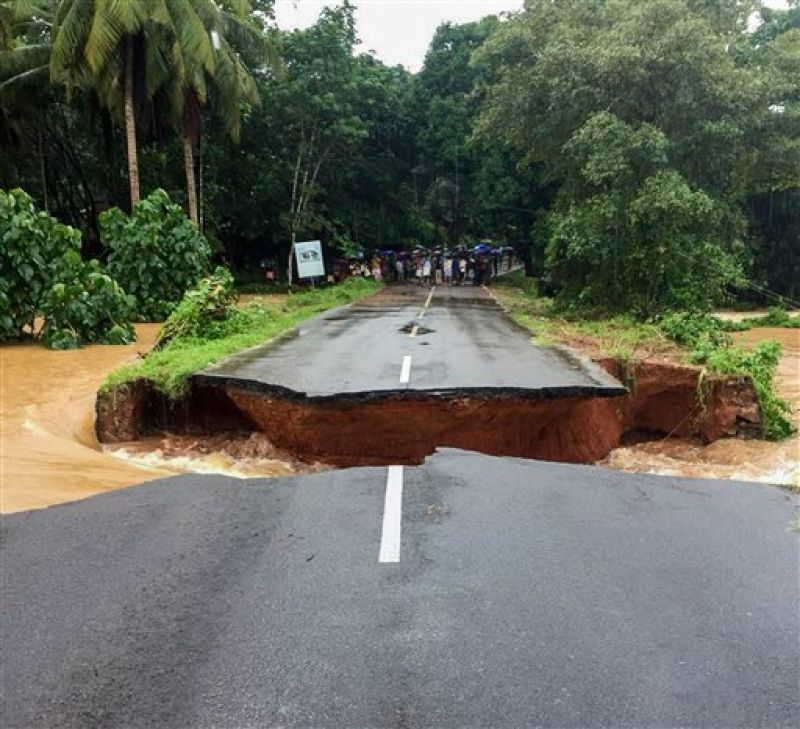 Malappuram: A section of Nilambur- Karad road is seen washed away following a flash flood, triggered by heavy rains, at Malappuram in Kerala. (Photo: PTI)

Chief Minister Pinarayi Vijayan had described the flood situation in the state as "very grim" and it was for the first time in the history of the state that 24 dams had been opened at a time following the water level reaching maximum capacity.

"Spoke to Kerala CM Shri Pinarayi Vijayan and discussed the situation arising due to floods in various parts of the state. Offered all possible assistance to those affected. We stand shoulder to shoulder with the people of Kerala in the wake of this calamity," the PM said in a tweet.

The services of the Army, the Navy and Coast Guard, and National Disaster Response Force (NDRF) have also been sought in the flood-hit areas.

Union Minister K J Alphons, who is from Kerala, said this is the biggest spell of rain the state has witnessed in five decades. "It is the biggest rain we had in 50 years," news agency ANI quoted K J Alphons saying. 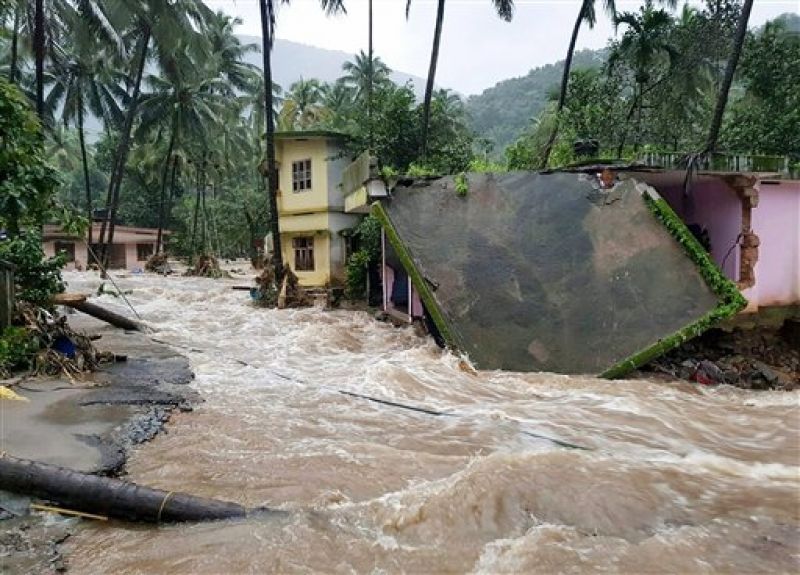 Roof of a house collapses following a flash flood, triggered by heavy rains, at Kodencheri in Kozhikode district of Kerala. (Photo: PTI)

The United States consulate in Chennai issued a travel alert and advised US citizens to avoid visiting areas affected by landslides and flash flood.

Tourists have been asked to stay away from high range areas and dam sites by the government.

According to state disaster control room sources, 241 relief camps have been opened and 15,695 people have been shifted from low-lying areas.

Over 5,500 people from Wayanad district, where a red alert had been sounded on Thursday, have been shifted to relief camps, the sources to news agency PTI said.

In Ernakulam, 3,456 people have been shifted to camps following floods after 4 shutters of the Idamalayar dam were opened on Thursday.