India   All India  10 Aug 2018  Ganesh Utsav will happen in Mumbai, no matter what: Uddhav Thackeray
India, All India

Ganesh Utsav will happen in Mumbai, no matter what: Uddhav Thackeray

'Whether they rule in our favour or not, there will be Ganesh Utsav celebrations in Mumbai. Our pandal will be on road,' Thackeray added. 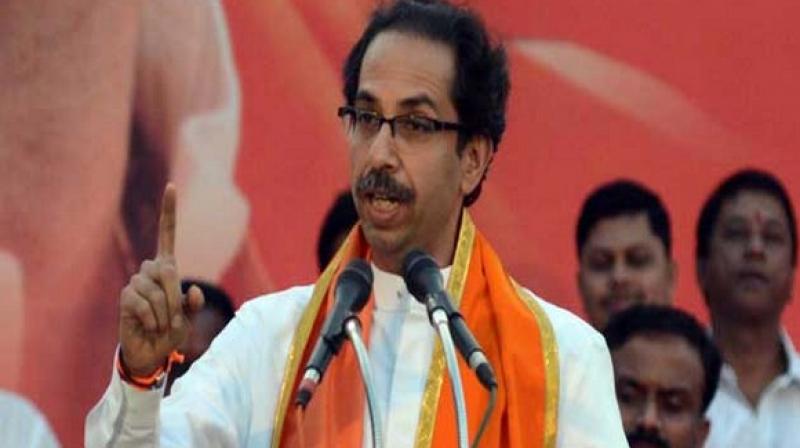 Mumbai: Attacking the government, Shiv Sena chief Uddhav Thackeray on Thursday voiced strongly that Ganesh Utsav would take place in Mumbai "no matter what decision", and disrupting it would be 'Hindu droh'.

"When will Ram temple be constructed, only Ram knows but our Ganesh Utsav will surely take place. If they disrupt a Hindu festival, then it would be Hindu droh," Thackeray said.

"Whether they rule in our favour or not, there will be Ganesh Utsav celebrations in Mumbai. Our pandal will be on the road," he added.

"There is Hindutva government both at Centre and in the state, then why so many changes in law are being brought in," the Sena chief asked.

Thackeray also questioned the lack of action against loudspeakers put up on masjids.

"They don't have the courage to remove the speakers put by Muslims," he said.

Thackeray launched several attacks on the government and accused it of playing "Hindu-Muslim" politics when elections approach.

"I think once again there will be riots between Hindus and Muslims," he said.